A HEROIC police dog has retired in Spain after working on 500 cases in more than a decade of service.

Elton, is the four-legged Guardia Civil agent, who has helped cops crack everything from murders to missing people cases.

Renowned for his superb sense of smell, the Belgian Shepherd has worked on around 40 cases a year.

In a tribute to their tail-wagging agent, a Guardia Civil statement read: “He was able to provide proof of a murder by detecting a drop of blood.”

When the Spanish police took him on over 10 years ago, he was the only dog of his kind in the force.

His highlights include searching for disappeared teenager Diana Quer, murdered schoolgirl Marta del Castillo and the bodies of five soldiers after an explosives accident.

Online tributes poured in for Elton, with one Twitter user writing, ‘Elton, thank you for your great work in your time of service’.

Another said: “I hope that now that you are retired, you have a great home.”

Elton has received full honours as he puts his crime-fighting days behind him. 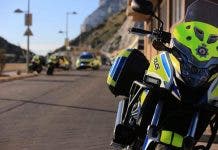 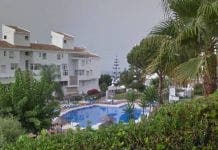