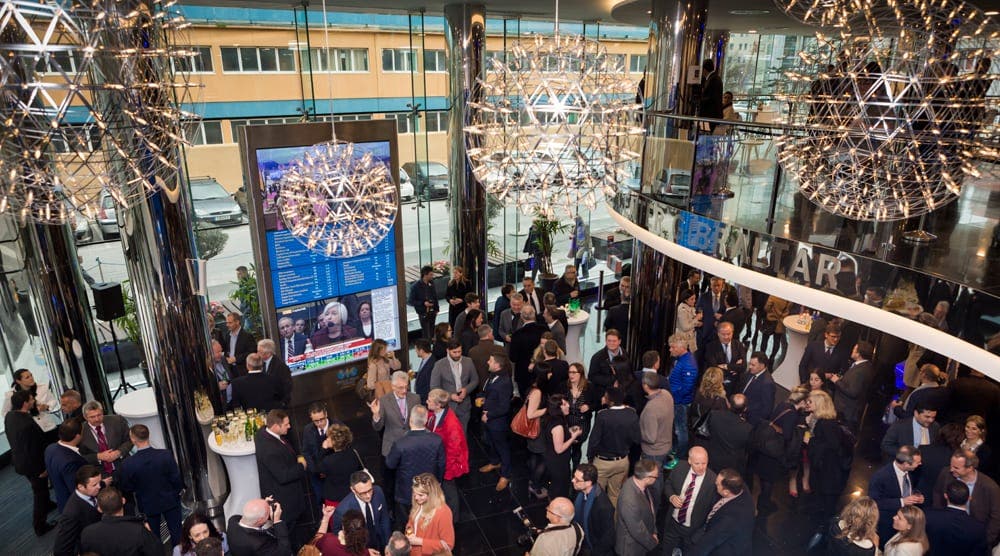 With 100% occupancy and a community of over 1,700 employees working in the award-winning building, World Trade Center Gibraltar is home to established corporate businesses as well as rapid growth start-ups of tomorrow, with nearly 100 companies trading from Regus alone.

Since its inception in 2017, World Trade Center Gibraltar has given rise to a flourishing networking and business culture which has benefitted both local and international businesses alike, with around 40% of occupiers in the building being new to Gibraltar.

The World Trade Centers Association has a global network of 320 World Trade Centers, in close to 90 countries and over 70 capital cities across the world. Enquiries for new or more workspace in the building have not slowed in pace, signalling solid confidence in the economic trajectory of the Rock and the global brand that World Trade Center provides to its occupiers.

Delicious cakes are of course on the menu for the celebrations on Friday, and at the same time The Rowing Marine, Lee Spencer is officially past the halfway point on his epic challenge to row 3,500 miles solo and unsupported across the Atlantic to French Guiana.

Lee is an ex-Marine who was injured while off-duty, losing one of his legs in a road accident. He joined us in December 2018 in front of our We Grow Trade sculpture for an inspirational talk and we’re keen to raise as much money as possible for him.

Lee will be the world’s first physically disabled person to row solo and unsupported across the Atlantic Ocean – a Guinness World Record. It’s been reported that if he continues at his current pace, he could beat the able-bodied record by an astonishing 30 days!

If you need any information please drop our Front of House Manager, Mariela a line: mariela@worldtradecenter.gi.