A WANTED Brit who was allegedly a member of a notorious guns and drugs gang has been spotted in southern Spain.

People who know Cullen told the Liverpool Echo he is hiding out among the expat community in Benidorm.

A Warrington man said: “He was seen in the Benidorm area just before Christmas, driving a big Audi.”

He has been wanted since police smashed a Warrington -based drug and guns gang led by his brother Anthony.

The Cullen gang was heavily armed, with access to a fully working AK47 assault rifle, a pump action shotgun and handguns.

Liverpool Crown court heard the brothers used fear to rule the streets of their hometown, and ran a dugs’ business on a scale that competed with powerful gangs from Liverpool and Manchester.

The gang used a front business, Future Press Ltd, to launder cash from their illicit trade and had a clear hierarchy and wage structure.

Cullen has links across the North West, the charity Crimestoppers said: “He is white, about 5ft 8in tall and of a slim build.

“He also has two distinctive tattoos.”

Crimestoppers is now offering a reward of up to £5,000 for information about Cullen’s whereabouts.

Crimestoppers’ North West Regional Manager Garry Murray said: “Leon Cullen is urgently wanted for questioning and we are appealing to people who might know where he is to contact us, with the promise that you will remain completely anonymous.

“If you have any information on the whereabouts of Leon Cullen, then Crimestoppers charity wants to hear from you.”

Murray added: “Call our UK Contact Centre on 0800 555 111 or use our anonymous online form at  www.crimestoppers-uk.org , your information could help keep someone safe from harm.” 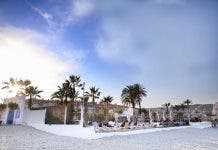