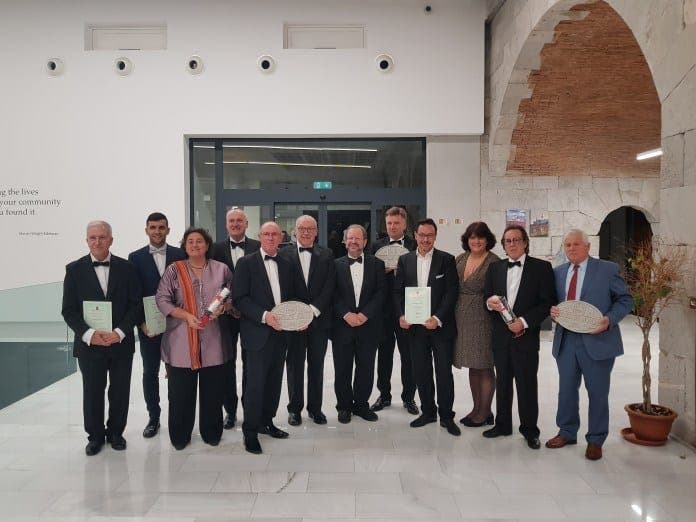 FOUR buildings in Gibraltar have been awarded coveted awards from the Gibraltar Heritage Trust.

The first Group Heritage Award went to The Arches, Gibraltar’s old police barracks which has had a massive  facelift.

The building in Irish Town is a rare example of neoclassical architecture with Tuscan columns and arcades. The Royal Gibraltar Police, established in 1830, is the world’s second oldest police force and the oldest in the Commonwealth.

The second Group Heritage Award went to Plata Villa on Witham’s Road. Originally a private home and then an orphanage, before becoming a school, it also housed Gibraltarian evacuees who started returning to Gibraltar in 1944. The building has been subdivided into four private flats in the new Plata Villa development.

And a Special Commendation was handed to Orion House on George’s Lane, a traditional townhouse now converted into four apartments retaining a retail outlet on the ground floor.

PM Boris Johnson insists Gibraltar’s Chief Minister Fabian Picardo will ‘bounce back stronger than ever’ from Covid thanks to...