ONLY 970 Spaniards have responded to 23,000 job offers to pick strawberries in Huelva despite the province having the third highest unemployment rate in Spain.

Fruit growers are now being forced to look abroad for workers to fill the labour gap.

Last month, plans were set in motion to hire more than 19,000 seasonal workers from north Africa to help harvest strawberries and other berries.

After a slow beginning this year, farmers who produce strawberries for export across Europe, said they need 19,179 extra pairs of hands by no later than March to cope with the harvest.

Some 11,500 of these workers will have picked berries in Huelva before, others will be first timers.

Union sources told local media they are extremely disappointed with the poor response rate from work shy residents in Huelva when unemployment in the province is 22.79%.

The work is mostly carried out by Moroccan women who work at least 39 hours per week, and sometimes 10 hours more.

Last year the Andalucian Employment Service offered 11,000 fruit picking jobs and the response from Spanish jobseekers was just as bad with fewer than 1,000 people taking up the opportunity.

In total, the producers association Freshuelva estimates that 80,000 workers will be needed to this year to pick the wide varieties of berries in Huelva, with the majority of those being migrant workers. 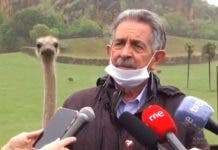