I asked a friend, ‘what is post traumatic stress disorder?’ She is a fellow therapist and her reply was, ‘a normal response to an abnormal situation’. This was as good and concise an explanation as I could have ever offered.

The news is so full of horrific events such as wars, mass shootings, terrorism and the like, that I often wonder if people assume that something utterly catastrophic has to happen in order for a person to legitimately experience PTSD.

A common misconception is that sometimes the onset of symptoms can occur quite quickly after the incident, but new research shows that it can take some years for PTSD to develop. Something might trigger the event some years later completely out of the blue, and the person is thrown off guard and symptoms of PTSD can develop.

So how do we know how to spot someone with PTSD and how can we best help them? First of all it is important to remember that not everybody who witnesses or experiences a traumatic event will go on to develop PTSD.

Some symptoms to look out for are;

And what should we do if somebody we know has suffered a perceived trauma?

There is also a diagnosis of Complex Post Traumatic Disorder. This can occur largely in children who are exposed to long term traumatic circumstances, often by caregivers. This can lead to a child becoming an adult who mistrusts other people. Feelings of shame and guilt, emotional regulation disturbances and relationship difficulties often accompany other symptoms found in CPTSD (www.nhs.uk).

So, is there a cure for PTSD? The short answer is no. As with most mental health concerns, there are ways of managing the symptoms and learning to live with the condition through therapy and often, medication combined. ‘By working with a healthcare professional, individuals with PTSD can resolve their triggering factors and learn new and effective ways of coping with the stress of the past trauma (psychguides.com).

Below is a short video where people describe their personal experiences of PTSD:

For more information or access to help and advice, the following links are helpful: 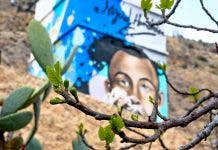