A DEAD cow has been found by shocked swimmers floating off one of the Canary Islands’ top tourist beaches.

The carcass was found near El Medano, just off a beach favoured by Brits, and was dragged ashore by jet ski riders.

This comes as two more dead cows were found, one out at sea by fishermen and the other washed up near Granadilla de Abona.

“A few years ago, this same thing happened off the coast of Sharm-el-Sheikh in the Red Sea, Egypt and was associated with a marked increase in sharks attacks on tourists,” one resident said.

It is believed the dead cows came from freight ships transporting live cattle from South America.

The ships, known as ‘stink boats,’ are forbidden to moor in Las Palmas in Gran Canaria due to their foul odour.

The Canary Islands’ Director of livestock, David de Vera said: “The three animals that appeared on the coasts of the archipelago this week come with all certainty from one of these boats that transport the cattle from the American continent.

“Animals that in all probability died on board and were thrown into the sea.” 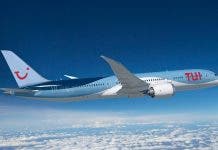