A BRITISH pensioner on trial for attempted murder has told an Alicante court he ‘couldn’t remember’ taking a hammer to his stepson’s head while he was sleeping.

The man, 70 when arrested, allegedly fractured the skull of his stepson, 20, before turning the hammer on his wife and attempting to suffocate her.

The defendant denied all allegations, only later ‘remembering’ his arrest by police while covered in blood and holding a hammer at their home in Denia in April 2017.

Prosecutors are asking for 35 years and 11 months for attempted murder and domestic abuse, and compensation of €39,000 each for mother, aged 49 when the attack happened, and son.

Both have sought psychological help for post-traumatic stress disorder, and testified alongside professionals for support.

The pair were allegedly told they were ‘parasites’, ‘trash’ and ‘pieces of s***’ during 10 years of verbal and physical abuse.

The mother told the court her husband repeatedly called her son ‘a little shit’, ‘a waste of empty space’, ‘worthless’ and that he would ‘never amount to anything’.

The couple married in the UK in 2004, before moving Denia in October 2016, where they frequently spent summer holidays.

The defence argued the accused could have suffered a psychotic episode, despite a criminal psychologist not finding evidence of mental illness.

The defendant’s lawyer has not sought for any plea bargain or mitigation, with the accused instead protesting his complete innocence.

The stepston spent five months recovering from multiple head fractures, and reportedly began sleeping in the same room as his mother with a crowbar under the pillow in case of attack.

Police were called to the house, on Calle Suertes del Mar, after neighbours heard screams coming from the property.

The defendant’s last words to his alleged victims were reportedly that he would be back to ‘finish them off’. 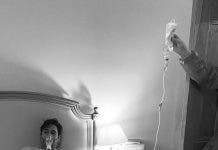 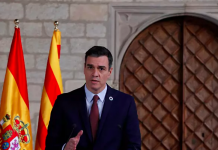