A couple who flew over from their home in Benidorm to support Farage, rallying against the very institution they owe their sun kissed, cushy lifestyle to while wearing naff anti EU badges is quite possibly the most Brexit thing you will ever see.pic.twitter.com/vIzzkWGRTY

THIS is the moment a Spain-based British couple voiced their support for Nigel Farage’s Brexit Party while donning anti-EU badges last week.

The couple, known only as Barry and Diane, appeared on BBC news on Friday at the launch of the new party at a factory near Coventry in the UK.

The Benidorm-based couple are hardcore supporters of Farage and flew back just to support the event, we are told in the segment.

A clip from the news piece has since gone viral online after being tweeted from several accounts on Friday, with thousands of social media users blasting the pair for ‘hating the EU’ while living in Spain.

“A couple who flew over from their home in Benidorm to support Farage, rallying against the very institution they owe their sun kissed, cushy lifestyle to while wearing naff anti EU badges is quite possibly the most Brexit thing you will ever see,” one user wrote.

“It is bonkers,” wrote another, “they are a very small minority. Spain has has said UK nationals already registered can stay after brexit, but what the older ones don’t realise is that it might affect their pensions.”

They ???? in Benidorm and have flown back to the UK because they're so keen to support #Brexit. When are these people going to realise what Brexit actually means…?!pic.twitter.com/3xVROfZn33

Others labelled the pair ‘idiots’ and the ‘very definition of gammons’.

Flying back from Benidorm to back Farage’s Brexit Party is why the term ‘gammon’ was invented. That is pure, unadulterated, 100%, honey glazed gammon. pic.twitter.com/GfQG1YajDJ

Some said the couple had enjoyed freedom of movement and now want to take it away, comparing it to turkeys voting for Christmas.

A couple on the news travelled from their home in Benidorm to support the launch of the Brexit Party. Talk about turkeys voting for Christmas.

Others said it was ‘pure irony’ that the pair would support Brexit while living in and ‘enjoying the benefits of the EU’, labelling the tanned pair ‘cringeworthy’.

?live in Benidorm… yet are anti #EU. So glad I am not related to these people as I can’t think of anything more cringeworthy today… #Brexit imagine it was your parents or grandparents. Shame and disgrace ????? https://t.co/wg6McFliz5

There were some who tried to defend the pair, saying they were voting for country and not personal reasons.

Sometimes people vote for what is best for the country, not for them as individuals.
Plus, you don't know their situation, they may have business interests in the UK – which will flourish once we're free of the EU shackles.

But the majority of Twitter users were not so merciful…

Came back from benidorm to support brexit
I know not all brexit voters are gullible idiots, but these 2 clearly are 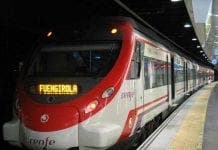 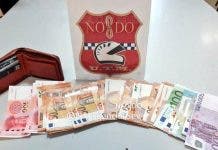