AN Andalucian region is destroying its competitors in the property stakes.

Huelva, famous for its strawberries and – to many – not much else, saw home sales soar by 56% year-on-year in February.

That’s an impressive 29% ahead of its closest rival Murcia, which saw a 27% increase in sales during the same period.

It comes after the Andalucian region saw a 26% year-on-year increase in property purchases in January and a 15% boost in sales for the whole of 2018 – almost double the Costa del Sol’s 8% increase last year.

Galicia, Extremedura and Almeria also saw sales boosts above the 20 percentile in February, with year-on-year purchases up 26%, 25% and 22% respectively.

Regions that are typically a favourite among the foreign market, however, did not fare so well.

The Costa del Sol saw a 3% drop year-on-year in February while the Costa Blanca saw a 10% drop in the same period.

“The rate of expansion this february was the second lowest on record since the real estate recovery began,” explained Mark Stuckling of Spanish Property Insight.

“The Spanish property market appears to have run out of steam, for the time being at least. This may be due to the current period of political uncertainty, with a General Election due later this month.”

Meanwhile, following controversial rental restrictions, the Balearics saw a drop of 12% in sales.

Other foreign favourites like the Costa de la Luz and Costa Tropical in Granada saw a 9% and 4% drop respectively.

As a whole, Andalucia saw a 4% increase in sales thanks to a boost in inland property sales such as Sevilla which saw a 6% rise.

The worst performers in February were the Canary Islands and Las Palmas, suffering drops in year-on-year sales of 19% and 29% respectively. 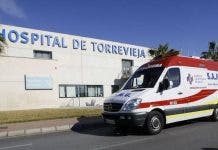 Dimitris Kouimtsidis - 28 Jan, 2020 @ 11:49
A SPANISH dentist has been sentenced to three years in prison for secretly filming one of his workers getting changed.