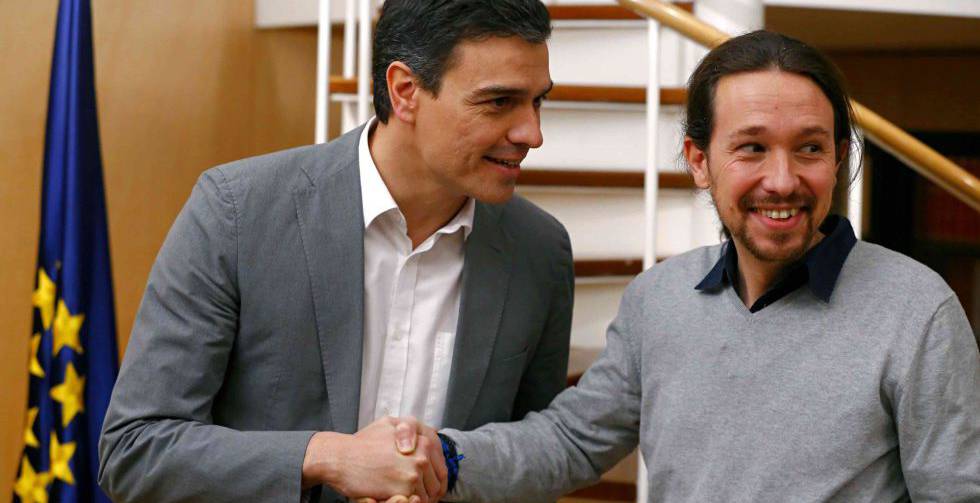 It comes after the PSOE has begun seeking support from the likes of anti-capitalist Podemos after failing to win an overall majority in last month’s snap general election.

Prime minister Pedro Sanchez has already announced his party wants to review tax breaks for landlords who rent to long-term residents as a way to bring more cash to Spain’s coffers.

Meanwhile, Podemos, led by Pablo Iglesias, has made housing affordability one of its main issues.

The far-left party blames investors for the surge in house prices in hotspots like Barcelona, Madrid and the Balearics.

It is also calling for the end of tax breaks for Real Estate Investment Trusts, known as SOCIMIs, which receive tax relief for investing in rental homes for three years or more.

“SOCIMIs are designed to encourage investment in rental housing, which is a tricky business in a country where eviction of non-payers is slow and expensive,” explained Mark Stucklin of Spanish Property Insight.

“Podemos blame SOCIMIs and other investors for rising housing costs in hot markets, rather than high demand. The rental sector is a capital intensive business, and without SOCIMIs there would be less investment in rental housing, meaning few homes and lower quality – all bad news for renters.”

He added: “Though nothing is yet certain, it’s likely the next Government will be some sort of coalition between the Socialists, Podemos, and perhaps some nativist parties from the Basque Country and Catalonia.

“In which case SOCIMIs and real estate investment tax breaks will almost certainly come under fire, all of which could undermine confidence in the Spanish real estate market, especially among foreign investors who value legal stability as well as returns.

“This will weigh on the market at a time when it already looks like it’s running out of steam.”