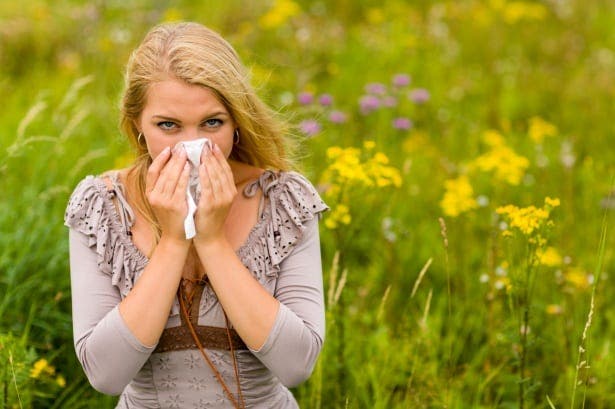 IF you’ve noticed your hay fever is particularly bad this year or – like many of us here in the OP headquarters – it has returned for the first time in years, it’s not you.

Experts have warned that this year pollen levels have shot up across Spain and that the months of May and June will see us suffer the worst.

“The pollen is going to consume us,” warned head of Allergy at Ciudad Real Hospital Francisco Feo, “April rains and humidity, coupled with the rise in temperatures have made the risk go from low to moderate-high.”

But this year it is not just the typical grass pollen which has grown in abundance, but that of the olive trees, which tend to produce more pollen in odd-numbered years.

“Another characteristic of olive pollen is that, unlike other plants, it can travel up to 400km from its place of origin,” added Feo in an interview with El Independiente.

It means the thousands of olive trees spread across Andalucia, in the likes of Cordoba, Malaga and Sevilla, mean the whole region is awash with its pollen, aided by the strong winds.

Feo added that this week would bring the beginning of an ‘allergic epidemic’.

“We have already reached the threshold of 35 grams per square metre that causes discomfort for almost 100% of allergy sufferers,” said Feo last week.

“But in the coming days this could be tripled.”

He added that the high levels will remain for the next five to six weeks.

The expert recommends, above all, to avoid being outdoors, especially in parks or gardens.

“Especially between the first hours of the morning and last of the afternoon, when there is more risk,” he explained.

He added: “Allergic people should not practice outdoor sports in these weeks, because it increases the breathing rate”.