IMAGINE working a four-day week (but being paid for five), having your boss pay for your breakfast each day, getting free gym classes during your lunch breaks and all expenses paid staff holidays?

That’s just some of what’s on offer at Pursuit Marketing, one of the most successful companies to come out of the UK which has now opened an office in Spain.

In fact they look after their staff so well that Hollywood icon Leonardo DiCaprio even handed them an award for it.

The Oscar-winner crowned the Glasgow team with the “PwC People Innovation Award” at the Scottish Business Awards, which celebrates those who ‘innovate to get the best from their people to deliver high levels of productivity, engagement and customer advocacy.’

After continued success in the UK – and many more awards – the company, which represents the largest technology companies in the world, has officially launched in Spain.

Since opening its office in Torremolinos on April 1st, Pursuit has recruited over 30 staff and is on track to increase to 120 staff within the next year.

Founded in 2011, the impressive company chose Malaga due to the strength of local talent, support and incentives from the local employment and innovation agencies, and the area’s potential future as a business technology hub.

“There were some really encouraging incentives for coming to here as opposed to Barcelona or Madrid,” revealed Director, Robert Copeland “and with our focus on employee wellbeing we were really drawn to the relaxed way of life and year-round climate…quite a change from Glasgow!”

Director Lorraine Gray added that young local talent was also very attractive: “Malaga has the biggest output of technology graduates which can only be positive for the growth of our business, and that of our clients”

The company revealed their workforce will be 50% Spanish and the rest from a varied international background. “We operate in 32 countries worldwide, so it’s really important for us to attract employees with multiple languages” added Lorraine.

British consul Charmaine Arbouin said the arrival of Pursuit is ‘great news’ for the coast.

“It’s really exciting,” she said, “it shows that businesses can be attracted to Malaga and that there is an appetite for it here.” 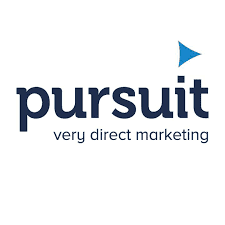 So what does the company do so well?

This means its award-winning team of consultants and marketeers create tailored and specific demand generation services for its clients with guaranteed results.

This includes a digital marketing department which works to create demand online, and a telemarketing team that generates leads and appointments.

To find out more from a client or career perspective, visit www.pursuitmarketing.com