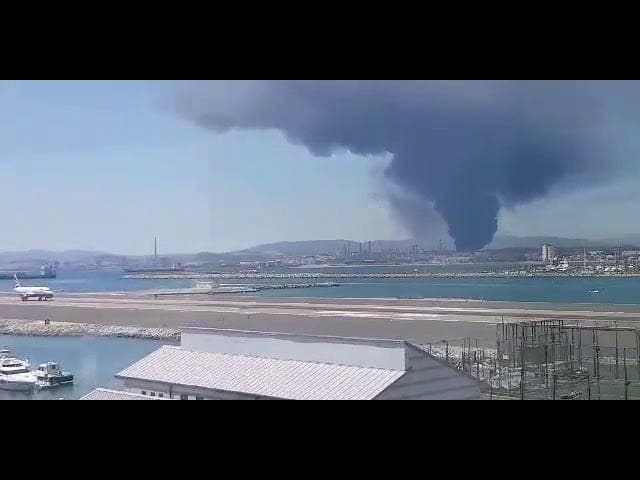 THE Gibraltar government has said there is currently ‘no cause for concern’ over the huge cloud of smoke billowing from the nearby San Roque chemical plant.

It comes after the British Overseas Territory told residents to close their windows and doors as a precautionary measure.

A fire has been raging at the Indomar factory since 15.10 today.

“HM Government of Gibraltar has been monitoring the plume,” it said in a statement.

“The majority of it is to the west of Gibraltar over the sea. The smaller and higher element of the cloud is above the height of the Rock.

“Under current meteorological conditions, there is no cause for concern.

“We will continue to monitor the situation and to update the public accordingly.”