A DRIVER has died in flash floods after being dragged from their vehicle.

The unidentified victim, was found lifeless, floating in the streets of Ezprogui in northern Spain.

It comes after torrential rains in Navarre were triple those that were predicted.

The towns of Tafalla, Olite and Pueyo are among the worst affected.

Tafalla is about 35 kilometres from Pamplona, which is currently hosting the San Fermin festival.

Roads in Tafalla were cut off, trains were interrupted and people had to be rescued from their cars.

Freak weather caused the Cidacos River, which runs through the town, to burst its banks yesterday afternoon.

The Emergency Plan, level 1 has now been instigated, while the Red Cross, police and firefighters have been responding.

A 5:40pm yesterday the Cidacos was only recorded at 11cm deep, but by 11:10pm last night had reached 4.23 metres and was flowing at 275 cubic metres per second.

This is the area’s second largest flood since records began, the biggest being in 2007.

At midnight Spain’s state weather agency AEMET recorded 159.7 litres of rain per square metre per hour in Guetadar and of 100.2 litres in Tafalla.

Areas of Aragon and Catalunya currently remain on the lesser yellow alert, while Menorca is on orange alert for sudden rises of sea level.

Yellow warning for storms in Malaga today before summer returns with highs of 28C next week as province hopes to enter Phase 1 of... 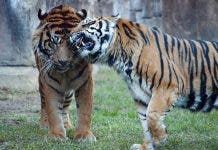 Laurence Dollimore (Digital Editor) - 25 Sep, 2020 @ 12:47
HEALTH minister Salvador Illa has advised any Spanish city - including Madrid - to shut down if it has a coronavirus incidence...