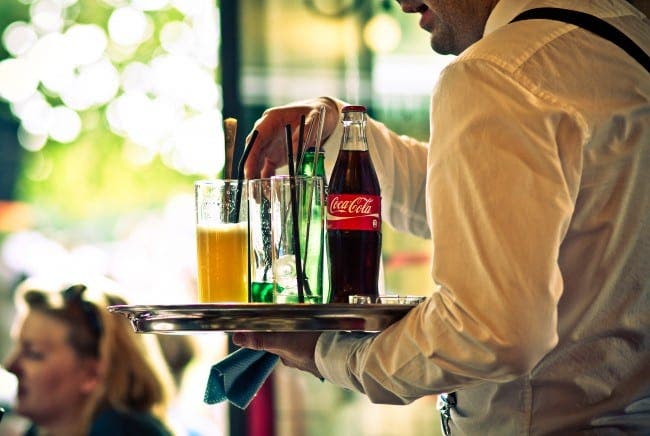 A SPANISH expat in the UK has blasted southern Spain’s tourism industry for treating workers ‘like slaves’.

Jesus Herencias, from Marbella, told the Olive Press he was forced to return to the UK after being treated so badly on the Costa del Sol.

It comes after the Asador restaurant in Guadalmina put up a sign which blamed unemployment benefits and people who ‘don’t want to work’ on the fact that it could not find a rice chef for the summer.

“From 1979 to 2004 I was working in the Costa del Sol’s restaurants/night clubs, from Olivia Valere to Chiringuitos… and I always had a good and fair salary…in 2000 I was on €2200 a month after tax and NI, but by 2004 the hospitality sector was already going downhill.”

The 55-year-old said the sign on display at the Asador is ‘an insult’.

“If the owner of can’t find employees there will be a very good reason, probably one of; low pay, no days off in the summer, slave-like conditions, late payments and part time contracts despite full time hours.”

Herencias, who moved to the UK in 2004, said he tried to return to his hometown in 2016 but could not find decent employment.

“I started looking for a job in restaurants and while I got one quickly, it only lasted a few days, then another job, then another one…every single job I found had serious management issues and staff issues, in most cases it seems there are no professionals anymore.”

The HGV driver, who now lives in Bedford, added: “Everybody has the right to work but with reasonable wages and conditions… many employers get what they deserve, a bunch of unprofessional, untrained staff.

“This is not good for the business, customers, employees, employers and the tourism industry in general, let alone the economy in the area.”

The father-of-two said he was so ‘disgusted’ by the industry he had worked in for decades that he returned to the UK.

“I moved back to England where I can make a decent living for me and my children,” he said.

“I am not a slave but I did see many of them on the Costa del sol, shame…

“I am Spanish and I love Spain but for me now it’s just  a holiday place.”

Got an opinion about this story? Email newsdesk@theolivepress.es or scroll down to contact the journalist directly