A POP singer and dancer has died onstage at a festival after a pyrotechnics cartridge exploded.

Joana Sainz, 30, who was performing with her orchestra, Super Hollywood, was killed after being hit in the stomach by the blast.

The accident occurred at around 2am in Avila, an area in between Madrid and Salamanca.

Sainz, who is from Santander, was giving a show to a crowd of 1,000 people at the Riada Anniversary Festivities.

After a loud bang two paramedics rushed to the performer, as well as a doctor who was in the crowd.

She was then transferred to the nearby Hospital Nuestra Señora de Sonsoles, where she died yesterday.

Sainz was the lead lead dancer and choreographer of the 15-strong Super Hollywood.

One witness of the tragic accident said: “There were two rockets, one that went in the right direction and the other hit the singer in the abdomen.”

An investigation has been launched into the performer’s death.

A spokesperson for promoter Prones1SL, Isidro Lopez, said that the pyrotechnics had been part of the group’s show for five or six years and that they had used over 2,000 in total.

A statement from the promoter read: “The whole Prones family, partners, artists, friends, collaborators are very sad and dismayed by the loss of our companion and friend Joana Sainz, dancer and choreographer of the Super Hollywood Orchestra.

“We sincerely appreciate all the love we are receiving in these hard moments.”

Granada International Festival of Music and Dance will open on June 25 and will be the first event worldwide to take place within the... 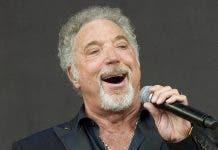