RAFAEL Nadal has held off Daniil Medvedev in a five-set classic to win the US Open and move within one place of Roger Federer’s 20 grand slams.

Second seed Rafa was two sets up, before his 23-year-old opponent forced a decider, but Nadal clung on to clinch his 19th major.

The match that lasted four hours and 50 minutes – just four minutes shorter than the longest ever US Open final.

“It was the most emotional night in my tennis career,” said Nadal post-match, “the nerves were so high, it was a crazy match.”

The Spaniard also paid tribute to his opponent as he said: “[Medvedev’s] summer is one of the best in the sport since I started playing.

“The way that he was able to fight was just incredible.”

“It’s amazing for our sport what you’ve done.

“I fought for every point but unfortunately it didn’t go my way.”

Nadal, who also won his 12th French Open title this year is now just one grand slam win away from his Swiss rival Federer, 38. 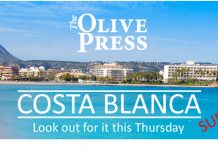