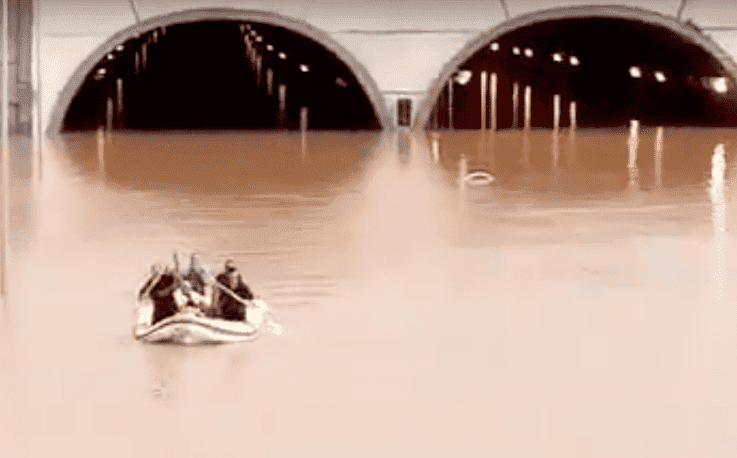 CADIZ is one of the provinces most likely to experience devastating floods every 10 years in Spain.

According to a new report by the Observatory of Sustainability (OS), it joins Gerona, Barcelona and Valencia in being one of the most flood-risk regions in the country.

The report, referencing the Insurance Compensation Consortium, estimates that flooding costs Spain around €800 million per year, while the worldwide cost is a staggering €90 billion.

The OS warns that these figures will continue to rise due to economic growth, urbanisation processes and climate change.

“In Spain it is the natural catastrophe that generates the most damage,” it said.

The human risk has been exacerbated by the rapid and intense development of coastal urbanisations in the latter half of the 20th century.

The report laments how many of the properties have been built in flood plains, making their residents ‘vulnerable’.

The OS study shows that on the warmer coasts, most of the artificial areas at risk of flooding are a consequence of construction driven by the real estate tourism sector, while on the north coasts, high-risk areas are in historic urban areas which are ‘much more consolidated’.

In total, the report estimates that 2.35% of the coast of peninsular Spain and the Balearic Islands is at risk of floods every 10 years.

Valencia is the province with the ‘greatest risk of flood impact’ on human populated surfaces.

The OS has recommended ‘immediately’ notifying residents in the at risk areas of how vulnerable their properties may be to flooding.

It went on to demand ‘proper management’ of the at-risk territory, saying it is advisable to avoid the growth of urban centres towards areas where the risk of catastrophic flooding is significant.

It comes as Alicante and the Costa Blanca have seen biblical flooding this week.

At least four have been killed in the region after the weather phenomenon known as gota fria unleashed record amounts of rainfall.