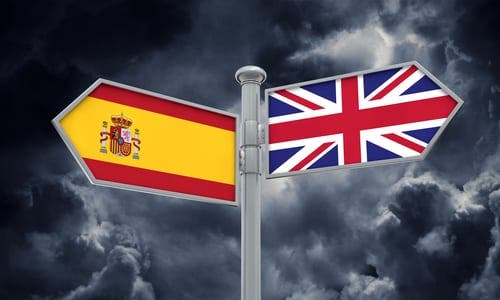 MARBELLA is set to hold a series of Brexit talks for British residents after the planned departure date of October 31.

The talks will be held by a range of English-speaking experts and will take place at the end of this year and in early 2020.

Organised by the Delegation of Foreigners, they will be held at the Palacios de Congresos in Marbella.

Specific dates are set to be announced for November, December and January.

Experts will explain in depth the consequences of the UK divorce, although it’s not yet clear what kind of departure the country will have.

“It will be information of the utmost importance for the entire British community, so we will continue to offer all the help we can,” said a town hall spokesperson.

Councillor Remedios Bocanegra added that Brits living in Marbella can ‘rest at ease’, as in the worse case scenario, ‘they will not lose their residence certificate, they will just have to take some steps to convert it into a general resident certificate.’

However, prospective expats may find it harder to move to the costa if there is a no-deal Brexit, the politician added.

“They will have more difficulties getting residency,” she said.

She went on to say that the end of ‘free movement’ may lead to new procedures, including visas with a limited period of stay.

“British investors who come will have to justify their business and job creation, for example,” she said, “European countries will be much more demanding with the UK, unlike now.”