A MAN who defrauded at least 48 people out of their savings on the Costa del Sol has finally been sentenced some 10 years after committing the crime.

Two of the victims have died waiting for justice after the fraudster, a well-known Fuengirola insurance agent known only as AJCD, scammed retirees, football players, businessmen and heirs out of millions.

He promised them high short-term returns while working for the reputable Groupama firm back in 2009.

However, instead of going into healthy investments, all of their money was plundered into a pyramid scheme.

Now 10 years later, the man responsible, whose identity is being kept secret, has been sentenced to six years for committing a crime of fraud and falsifying documents. 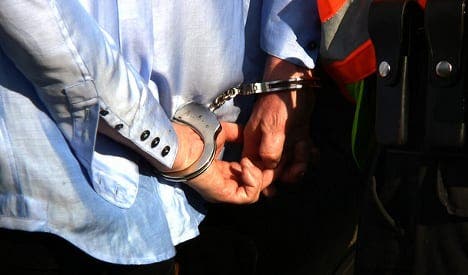 He must also pay compensation to his 48 victims to the tune of just over €5.6 million, with an added 4.8% interest.

As he will be unlikely to cough up the cash, the company which took over Groupama, Plus Ultra, will likely be forced to pay out, according to lawyer Patricia Jimenez from Martinez Echevarria, which represented 24 of the victims.

Groupama has appealed the decision.

The ruling said A.J.C.D. orchestrated a pyramid scheme by taking advantage of the confidence he personally inspired in his clients and also the prestige of the Groupama brand, whose seal appeared on all the documents signed by the victims.

One victim described him as a  ‘true snake charmer,’ to the point that when the pyramid scheme began to collapse and interest payments failed, there were customers who came  to his office fuming and left ‘half an hour later, smiling and having taken out another policy.’

“The victims themselves continue to speak well of him; they do not consider him a bad person,” said lawyer Patricia Jimenez to Diario Sur.

“One of the victims, who unfortunately died, lent him €200 during the trial.”

ACJD was a success in his own right and was frequently taken on trips to exotic destinations such as Bali or the Bahamas with the directors of the insurer as a reward for his excellent results.

He treated his victims well, including one from Bilbao, who he put on a plane to Malaga before squandering €1.5 million of his savings.

DO YOU KNOW THIS MAN? Contact newsdesk@theolivepress.es to help us probe more