Although usually an optimist, head of the DGT, Pere Navarro said the Government had ‘made a mistake’ with its support of electric cars.

“We made the mistake of selling a product that we did not have on the shelf, we have nowhere to plug it in and the price is very expensive,” said the civil servant, “we are all wrong.”

Navarro criticised the lack of ‘adequate’ charging points across Spain, with the last estimate putting the number at 5,000.

He also said that before politicians try to encourage buyers to purchase new electric cars, the Government needs to deal with the issue of ‘low wages.’

His comments come despite a 61% increase in electric car sales since 2017, with 13,882 electric vehicles bought in Spain last year.

There have also been new inroads made by Spanish manufacturers like SEAT, which has just launched its first electric version of its classic Ibiza model (see below).

Navarro was criticising expensive electric cars like the Audi e-tron, which costs €82,400, but there are more affordable green vehicles like Peugeot’s Ion on sale for €21,852.

Despite a pessimistic overall tone Navarro celebrated the DGT’s 60th year of existence by saying that the ‘new culture of young people’ would be the future for electric cars in Spain. 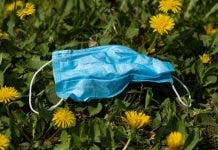