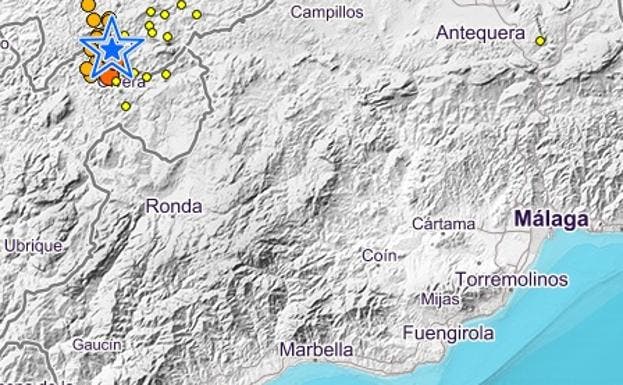 AN earthquake measuring 4.7 on the Richter scale has struck Andalucia this morning.

The tremor hit Pruna in Sevilla at 11.35am and was felt ‘intensely’ from Ronda to Marbella.

The quake was measured at a depth of five kilometres and came after a 2.8 magnitude tremor in Olver, according to the National Geographic Institute.

“I felt it,” wrote one, “it was fairly strong as my computer was rocking on the table and the chair I was on was shaking.

“I am four floors up in Guadalmina.”

Others in Estepona and Sabinillas also claimed to have felt the tremor.