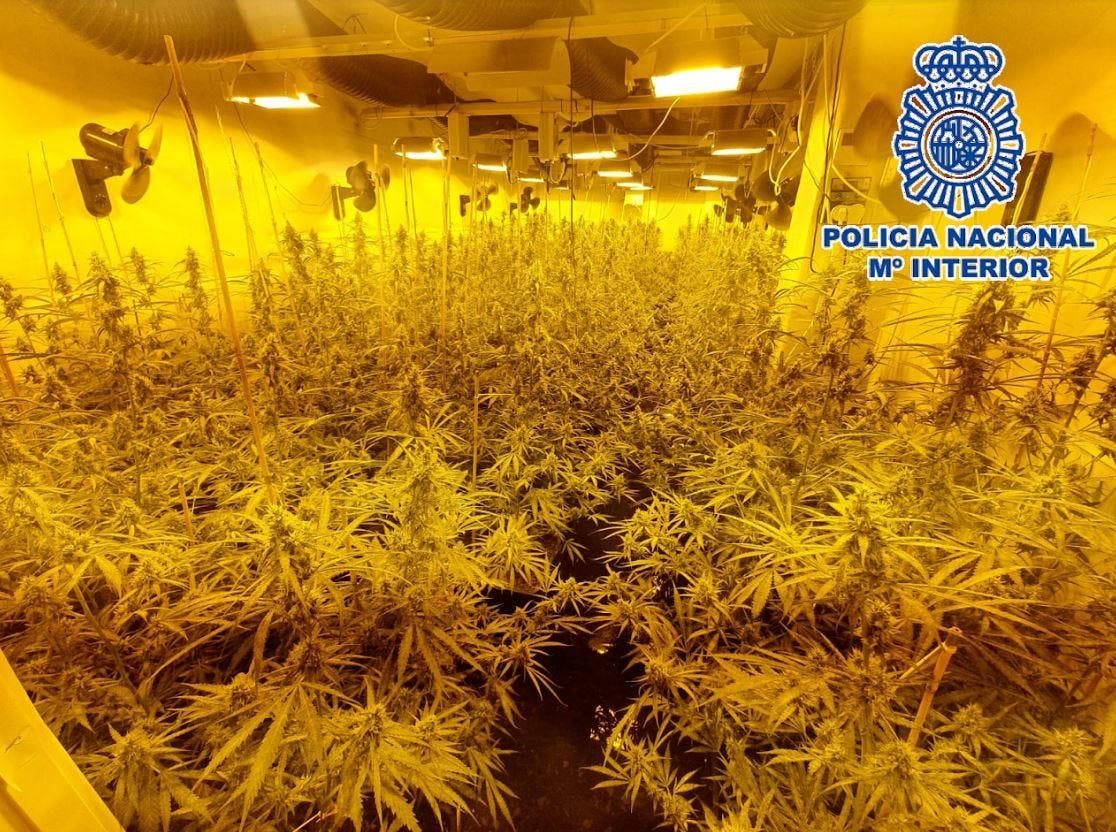 POLICE have seized a huge marijuana plantation hidden in the basement of a luxury villa on the Costa del Sol.

The impressive greenhouse was constructed underground in a property in Mijas, an area with a huge British expat population.

However after receiving a tip off, Policia Nacional staked out the home and found it was occupied by two Italians.

An investigation quickly revealed that the two men were stealing electricity, giving the authorities enough to obtain a search warrant.

The ensuing raid revealed a large-scale marijuana operation, with the greenhouse in the basement containing 511 plants in an advanced stage of growth.

The two men, aged 44 and 35, were swiftly arrested for drug trafficking and electricity fraud.