THERE was never any question where we would aim for.

It was my university’s hitch hike for charity and it began exactly 30 years ago, during the week the Berlin Wall started to fall.

A precursor to my future career as a journalist, there was only one place in the world that I wanted to be.

Just 20 years of age (yes, I am now 50) and half way through a degree in Geography at Manchester University, the opportunity to see this momentous world event close up had an incredible allure.

And despite a later 15-year career covering numerous big stories – including Chernobyl, the Docklands bombing and the death of Princess Diana – it still leaves a bigger imprint on my memory.

Marking the end of the Cold War and the reuniting (or, to be fair, uniting for the first time) of Eastern and Western Europe, for an idealistic student it was a breathtaking time.

So much sticks in the memory, from the edgy faces of young East German border guards standing nervously on top of the wall, unsure what to do, to the families of West Germans, who stood by Checkpoint Charlie literally handing over wads of banknotes to total strangers as they arrived through the wall in their battered Trabant cars. These were incredible times.

Deeply interested in the rift between communism and fascism from studying the Spanish Civil War during my history A-level, it was incredible to think that this formidable barrier to world peace was finally coming down.

As former British prime minister Gordon Brown put it so well during celebrations at Berlin’s Brandenburg Gate ten years ago, the wall had “imprisoned half a city, half a country, half a continent, half a world for nearly a third of a century.”

Its impact was enormous with more than 239 people being shot trying to cross the wall into West Germany – the last, Chris Gueffroy in February 1989. The psychological scars of being trapped in their former communist state left a painful legacy.

The lack of freedom, the spying on ‘suspect’ individuals by the Stasi secret police, the imprisonment and torture of anyone who dared to question the regime – this was a totalitarian state.

THE WALL, OF COURSE, HAD GONE UP ALMOST OVERNIGHT. ONE DAY GERMANS FROM BOTH SIDES COULD MOVE FREELY AROUND THE CITY. THE NEXT – AUGUST 13, 1961 – ANYONE IN EAST GERMANY WAS PREVENTED FROM MOVING BY THE REGIME OF ERICH HONECKER.

One man explained how on the day the wall went up his parents had wanted to go to the cinema in West Berlin, but he, then aged 11, had been too tired. Next morning, they awoke to the sound of tanks. In all his adult life, he had never been to the western half of his own city.

But eventually, as usually is the way, the will of the people got the better of the regime.

The unbreakable spirit of people who dared to dream finally came to a head on November 11, 1989.

That night, at around 11pm, the border guards finally started letting its citizens leave East Germany. By the Sunday and Monday cracks started appearing in the wall, as more and more people began to leave.

By the following weekend it was a deluge, as families of East Germans and thousands who had travelled up from Czechoslovakia made a dash for freedom.

It was an amazing time to be in Berlin. We had managed to get two free flights from the German Advisory Tourist Service from Gatwick to Munich, where we would then hitch a series of lifts, along the autobahn to Berlin.

While it was a few days after the initial opening of Checkpoint Charlie, the autobahns were still lined with high barbed wire fences and soldier-manned checkpoints.

On arrival in Berlin, we were amazed to find the wall still very much intact. When we tried to clamber up to get a look over, armed soldiers pointed guns at us and pushed us down.

This however did not stop thousands of West Germans making a major frontal assault on the huge blocks of concrete, covered from top to toe in graffiti.

From dawn till dusk they chiseled away with hammers, pickaxes and shovels. Some even brought out hydraulic drills to cut chunks out of this hated barrier.

My friend Guy and I bought hammers and chiselled away at the wall, arriving back in the UK five days later with souvenir chunks.

Nobody seemed to be working. Berlin was one big party town and by the weekend another rush of East Germans started heading on their first journeys west.

This flight to freedom was symbolised ten years ago, when German Chancellor Angela Merkel – who in 1989 was a physicist employed by the East German politburo – retraced her own journey across the divide. Fittingly, she was accompanied by two men who had made such a peaceful revolution possible: Lech Walesa from Poland and Mikael Gorbachev, the former Soviet leader.

“BECAUSE OF YOUR COURAGE TWO BERLINS ARE ONE. TWO GERMANYS ARE ONE, AND NOW TWO EUROPES ARE ONE.”

As Gordon Brown later told up to a million Germans : “Because of your courage two Berlins are one. Two Germanys are one, and now two Europes are one.”

Yet, once again all is not well in Europe.

While the reunification of Germany eventually ushered in a new, larger and more powerful Europe, it had a double-edged meaning.

While millions regained their basic freedoms, various promises made to Mikael Gorbachev at the time were never kept.

In particular, the Russian leader was promised, but only verbally, that Nato would not expand into the bases left by departing Russian troops in east Germany. Behind Nato’s eastwards expansion lay two US presidents, Bill Clinton and George Bush, who heard what the defeated former rival had to say, but went ahead with what they planned anyway.

Millions of eastern Europeans also took the promises of a bright new dawn at face value, only to pay a heavy price in unemployment, economic collapse, and social turmoil.

Despite Germany investing some two trillion euros in East Germany, , unemployment and social problems are still higher in the former communist part.

It took Hungary and Poland, the richest of the countries, a full decade to recover economically from where they were when the wall came down. And that is just in terms of average GDP.

There has also been a sharp rise in racism in these former Eastern Bloc countries, a problem which has spread around Europe. Dresden in the east of Germany has just declared a ‘Nazi’ emergency, saying it has a severe problem with the far right. The city has long been viewed as a bastion of the far-right and is the birthplace of the anti-Islam Pegida movement. Meanwhile, the far-right Alternative fur Deutschland is now Germany’s official opposition, having won 94 seats in the 2017 elections, while Merkel’s party shed 65. These are worrying times.

I HAVE SEEN A HORRIFYING DISREGARD FOR EUROPEAN LAWS PROTECTING BOTH HUMAN RIGHTS AND THE ENVIRONMENT.

In Spain meanwhile – where I have lived for approaching twenty years – I have seen a horrifying disregard for European laws, protecting both human rights and the environment.

So bad has been the tsunami of cement that has seen Spain’s coastlines almost completely destroyed over the last two decades, that the country has become a watchword for excess. Thousands of foreigners have faced seeing their homes knocked down, despite acquiring the correct licences. Many more lost out in off plan schemes, only now finally being rectified by the law.

It was only a couple of years ago that both national parties faced up to the fact that massive wide scale corruption has allowed the real estate sector to steamroller its way to destroy thousands of protected green spaces.

Some 10 years ago the Auken report into environment and human rights abuse was issued by the EU demanding action, but in this time very little has been done.

And that is where the European Union, as a higher authority, should have stepped in. And indeed it would have done, if a crucial vote to withhold €185 million of benefits from Spain hadn’t been shelved at the final hour.

There is much speculation about why this was allowed to happen, some claiming it was the Spanish government threatening to block other planned legislation. But, either way, if such blatant disregard for European laws remain unpunished, what then is the point of the EU?

After all, millions have been spent compiling, interviewing and investigating the excesses, all paid for out of taxpayers’ money.

One is left wondering what signals this sends out to the rest of Europe?

Certainly, it is vital that issues like this are addressed, particularly with the spectre of climate change likely to affect countries like Spain more than those in the north of Europe.

Madrid is hosting the UN Climate summit next month. At the summit, which will be attended by politicians and climate change activist Greta Thunberg, leaders will discuss how to stick to the 2016 Paris Climate Agreement promise to keep global warming below 2 degrees. But actions speak louder than words.

Either way, having seen the fall of the wall it is vital that we Europeans, whether from the East or West, work together to solve the environmental crisis.

It is going to be painful financially and difficult socially. But if we don’t work together on this one, it is a wall that is not only going to overshadow Europe, but the whole of mankind. 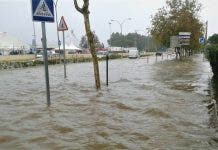 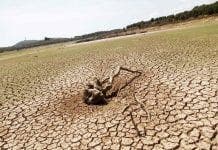