A DOG has miraculously survived after being shot in the head on the Costa del Sol.

Yaiza, a young hunting dog, was found on Calle Algeria in Malaga full of parasites and with her head covered in blood.

She was taken to Protectora where animal specialists initially thought she may have been kicked in the head or attacked with a stick.

However x-rays and tests soon revealed she had been shot in the head. 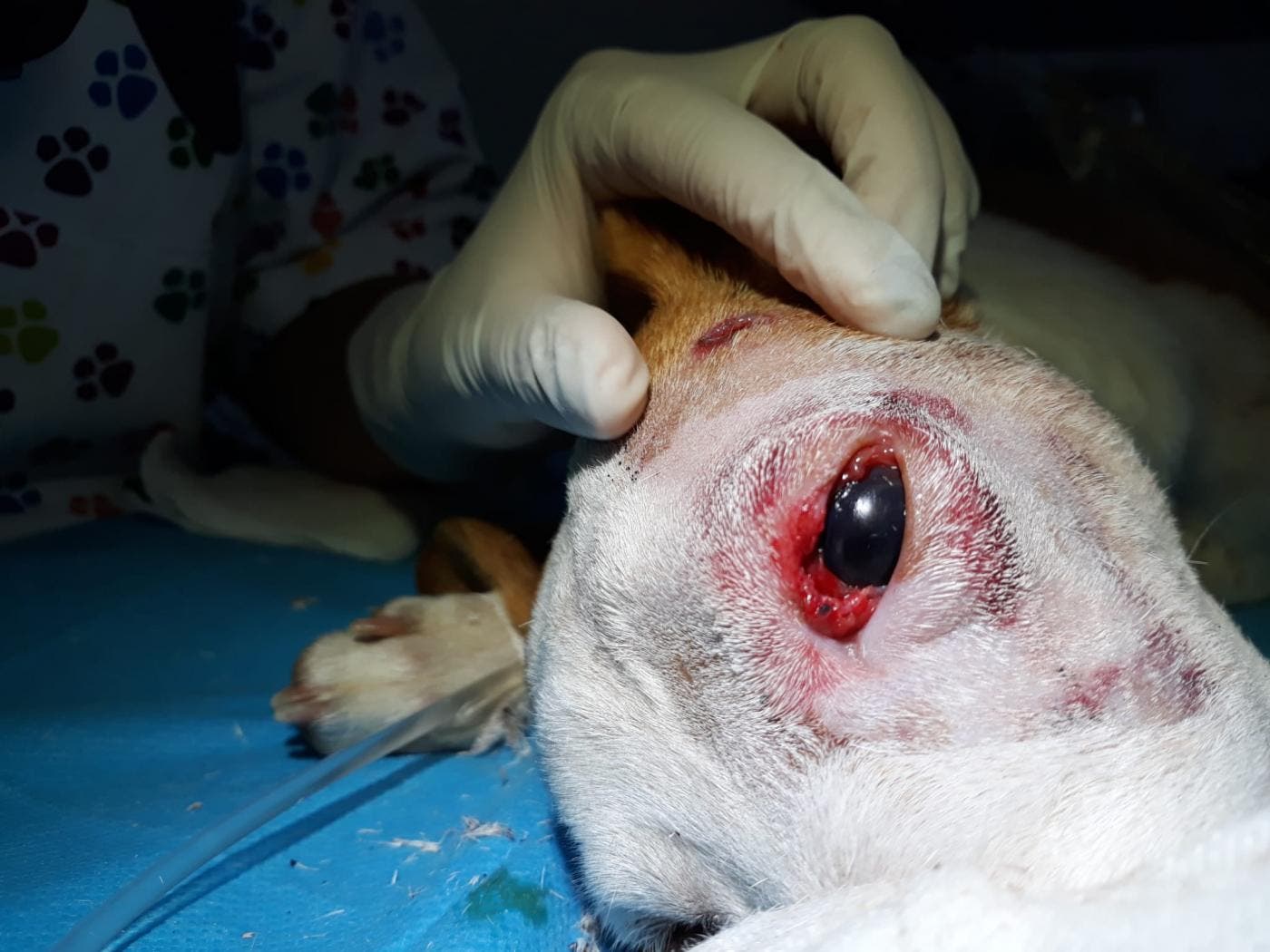 What was worse, was that the pellets exploded her eyeball, causing huge internal bruising and bleeding.

She was operated on at the Protectora Malaga but surgeons could not save her eye.

Experts there believe she was either a hunting dog who escaped or got in the way of a hunt and so was shot or she was simply ‘past her time’ and so was shot by the hunters who had used her for tracking.

“What goes through the mind of a hunter no one knows, it is just unthinkable,” president of the Protectora, Carmen Manzano, told local paper Viva Malaga.

Yaiza is recovering well and will soon be looking for a new home.

She did not have a chip, making it almost impossible to identify or punish her owner.