ALL inclusive holidays at party hot spots will be banned under tough new measures to tackle troublesome tourists being debated by politicians.

The new rules would see balcony jumping tourists sent packing back to their home countries immediately and impose draconian fines on businesses found to be selling alcohol outside of licensed hours.

Under the new measures, bars selling booze after hours could be slapped with crushing fines of up to tens of thousands of euros.

Offending establishments may also be forced to close during high season throughout June, July and August.

Hotels will also be targeted as part of the drive and could face hefty fines if they fail to swiftly kick out disruptive guests.

The sanctions drive marks a departure from the harm prevention measures that have previously been favoured by the Mallorcan government, such as makeshift first aid units on popular bar strips.

Residents of tourist hotspots like Magaluf, Playa de Palma and Sant Antoni have previously criticised politicians for gimmick responses to problem holidaymakers, such as getting British bobbies on the beat to patrol pedestrian areas during the summer season.

The fresh crackdown on troublesome visitors comes as Mallorca tries to reinvent itself as a leading tourist destination following the collapse of Britsh tour operator Thomas Cook.

The Balearic Isle was disproportionately affected by the buisness’s failure in September.

1.2 million of the 16 million holidaymakers who visited Mallorca in 2018 travelled with Thomas Cook.

The tough new rules are expected to be approved next January and come into force for the 2020 season. 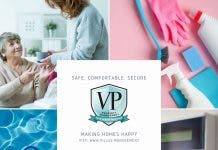 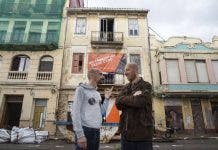