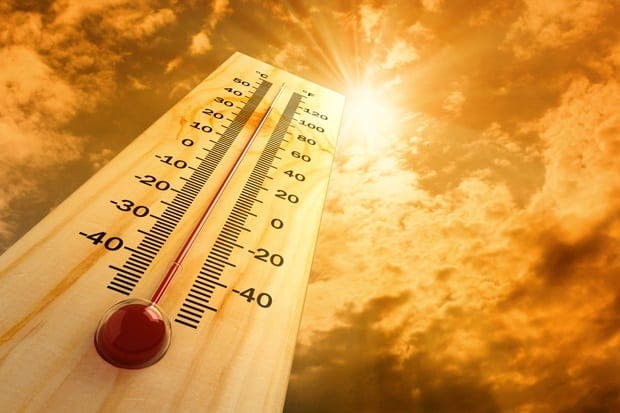 YOU’VE heard the phrase ‘the calm before the storm.’

Well in Spain’s case this week it’s ‘after’.

Following THREE consecutive batterings (from Daniel, Elsa and Fabien), much of the country is to bask in an abnormal Christmas roasting.

Clear skies and higher temperatures will be enjoyed throughout the country today and tomorrow, with the south seeing the biggest increases.

Murcia will see a maximum of 24C today while in Huelva, Almeria, Valencia and Alicante the mercury will reach 23C.

Much of the Costa del Sol will see temperatures in the low 20s.

It comes after an intense period of storms, wind and rain which hit much of the peninsula and Balearic Islands in the past week.

In just seven days, some areas received a year’s worth of rain, like Grazalema in Cadiz, were 531.5 litres per square metre fell.

The powerful anticyclone which entered the peninsular on Sunday has almost completely settled, leaving in its wake clear skies and hardly any rainfall.

It is literally ‘the calm after the storm.’

AEMET spokeswoman Delia Gutierrez confirmed this week will be ‘clearly warmer and drier than normal throughout the country,’ featuring ‘very mild temperatures for the time of the year and sunny afternoons in some areas.’

Today the sun will shine the most and temperatures will rise in general in the peninsula, Balearic and Canary Islands.

The thermometers will read between 5 and 10 degrees higher than normal at this time of year in almost the entire peninsula and medians of Las Palmas, Tenerife and La Palma.

The situation will change little this Wednesday, Christmas day.

The weather will remain stable and without rain throughout the country, with medium and high clouds in the peninsular northwest and the Canary Islands, and skies practically clear everywhere else.