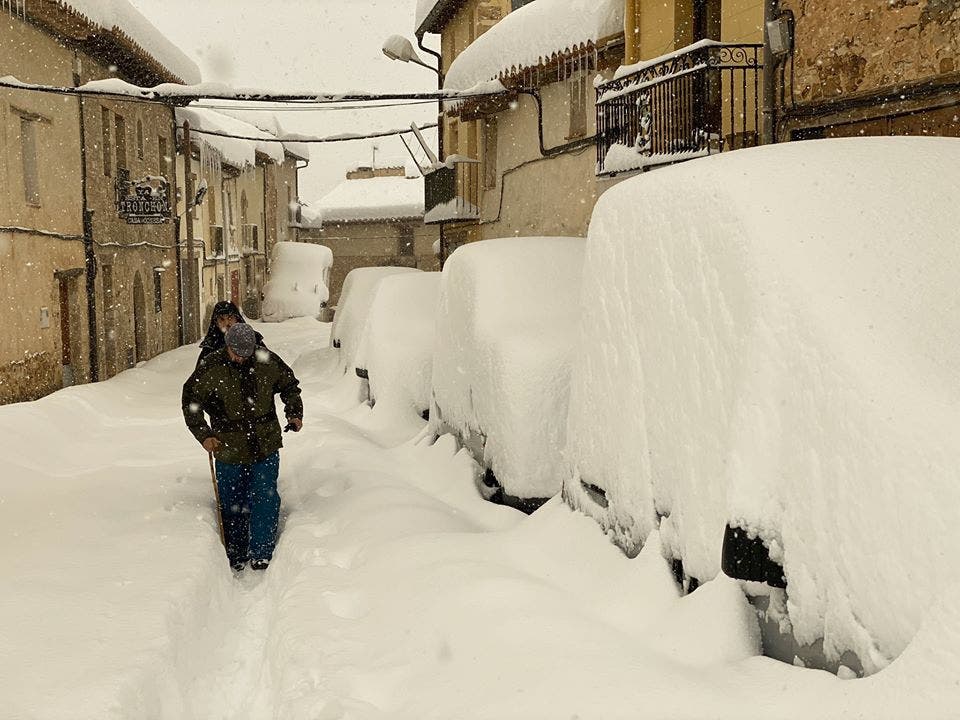 YOU’D be forgiven for thinking these images were from Russia or Norway.

They are in fact from Tronchon in Teruel, a small town in the Aragon region in the east of Spain. 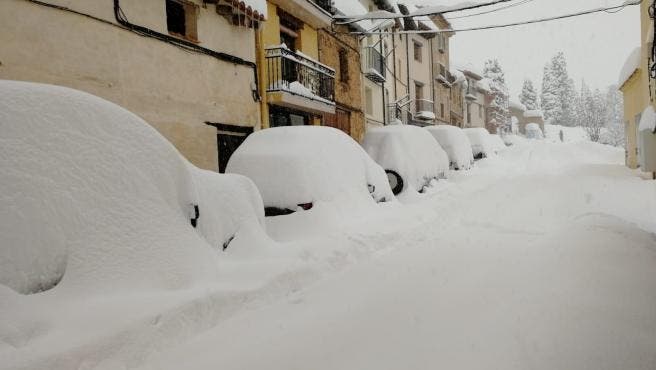 They have just experienced their worst snowfall in 50 years thanks to the deadly Storm Gloria, which has been wreaking havoc across the country. 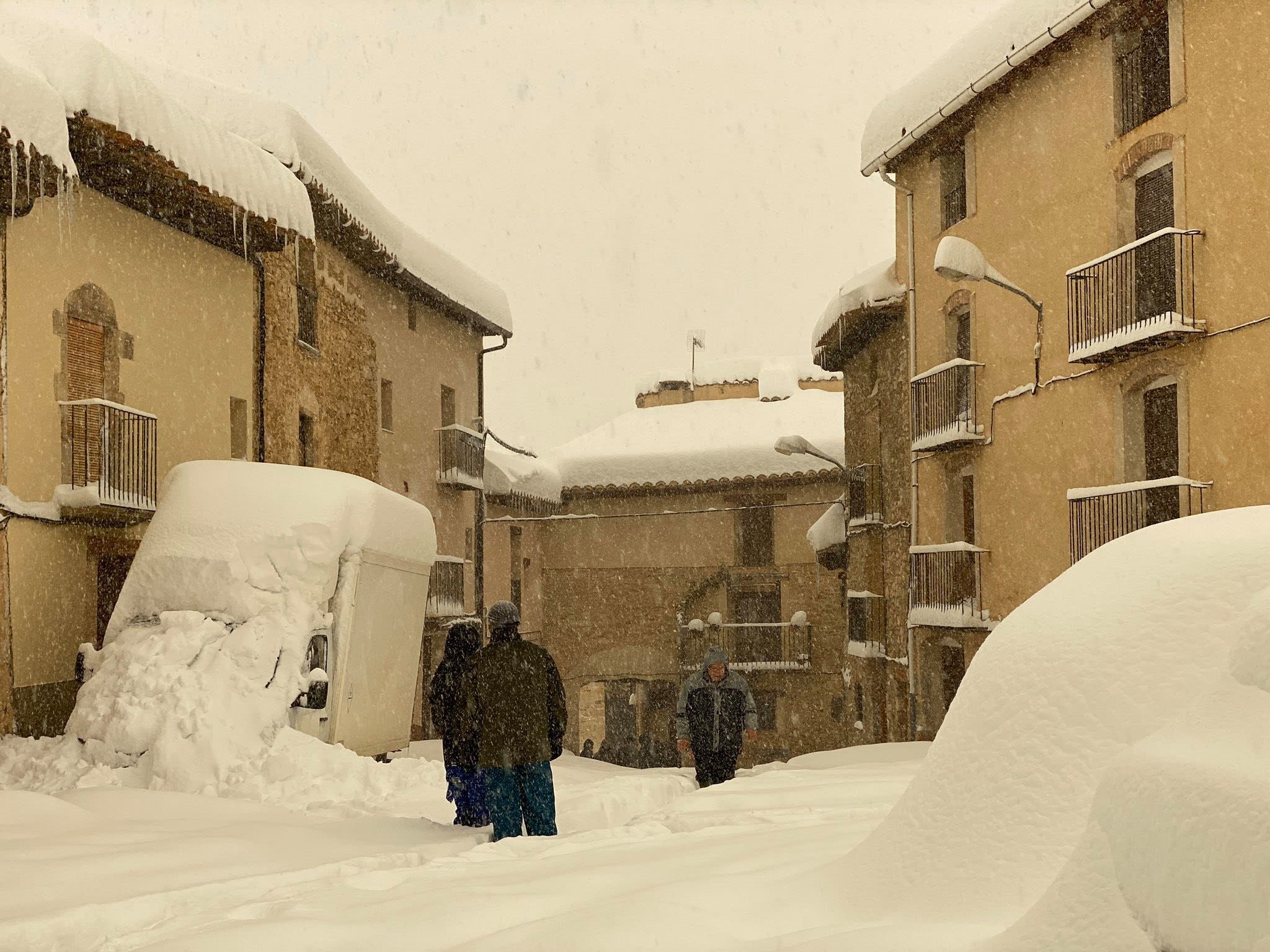 The images, shared by the traffic help page N332 on Facebook, show streets filled with several feet worth of snow.

Cars are encased while the roofs above homes also boast a thick layer of the white stuff. 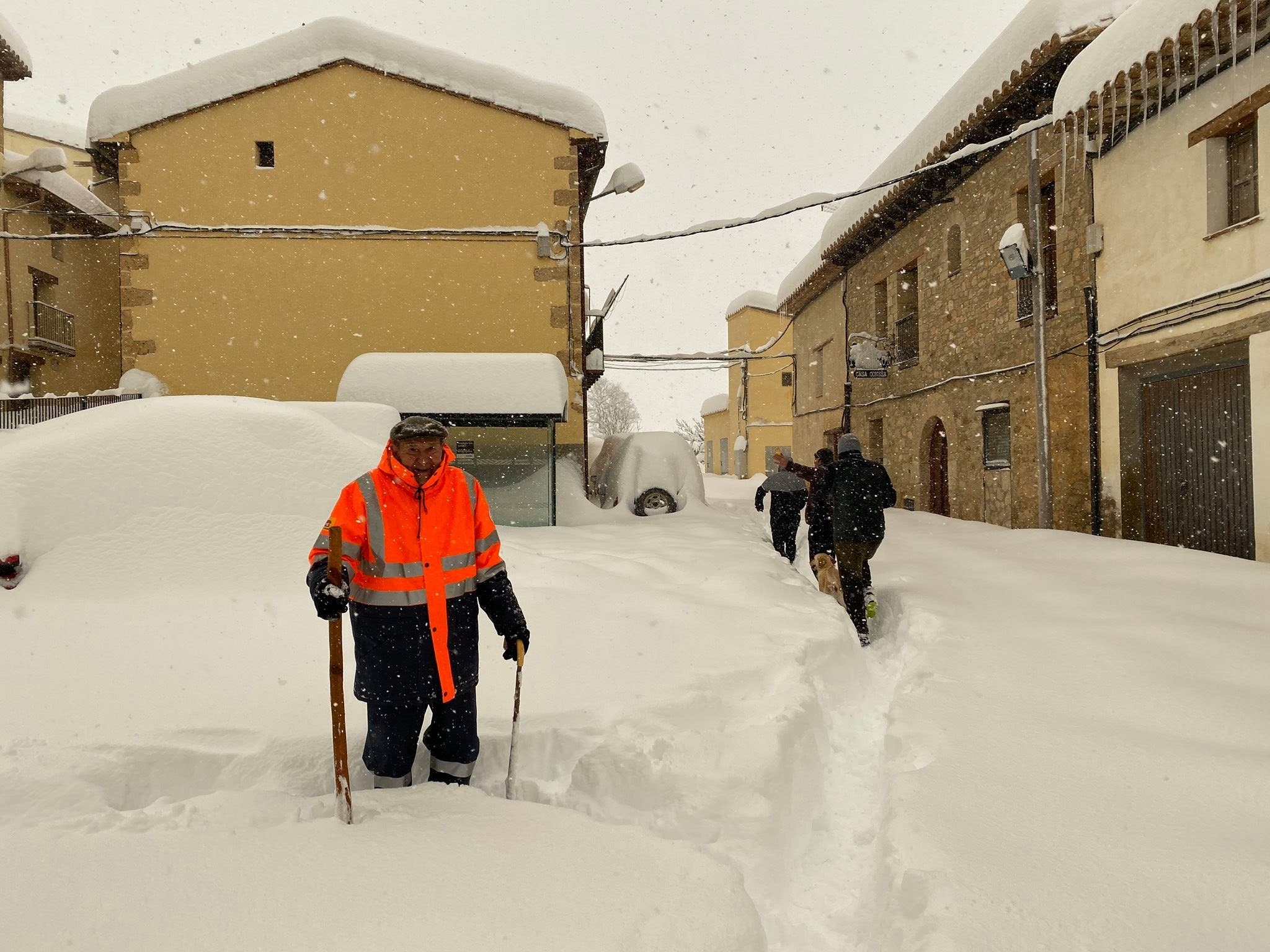 Residents were pictured using ski equipment to make their way through the town, which was described as being ‘cut off’ yesterday.

It comes as eight other regions were put on high alert by weather agency AEMET for snow, strong winds and dangerous coastal conditions.

Storm Gloria has now killed a total of eight people while another four are missing.

Two of the missing people are in Ibiza while another is in Soller, Mallorca.

One person is missing in Palamos, Catalunya.