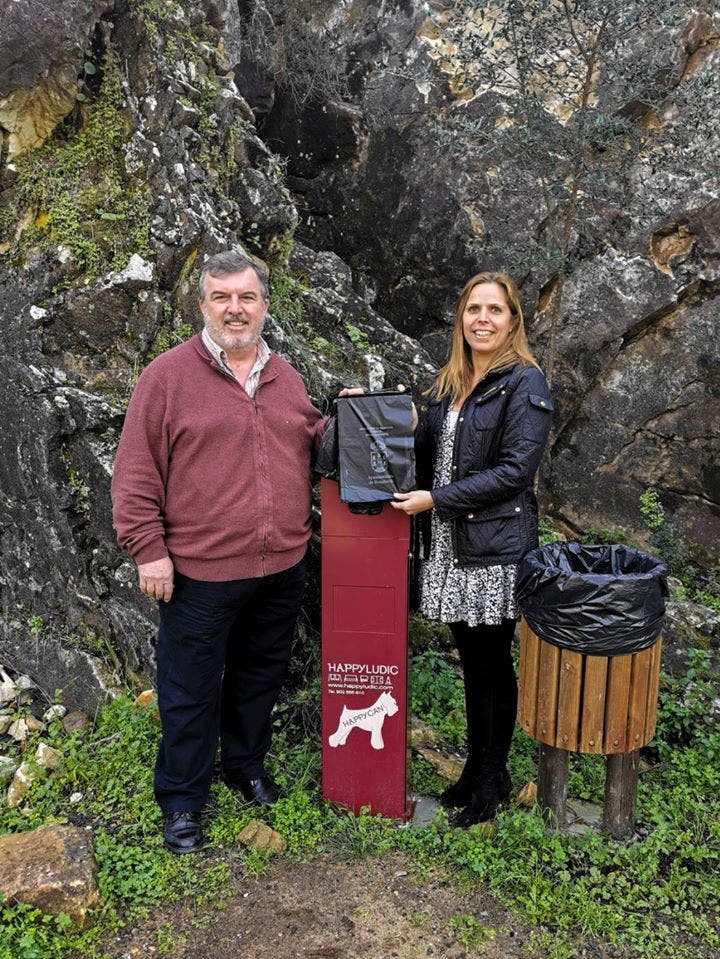 A COSTA del Sol town has installed dog poo bag dispensers in a bid to crack down on messy owners.

Benahavis has erected the dispensers along popular dog walking paths.

The bags are free of charge and fully biodegradable.

The town hall said: “The health and environment council of Benahavis has introduced biodegradable bags for collecting the excrement of pets.

“The bags can be taken free of charge in dispensers located along popular routes across the municipality.”

It comes after several towns have introduced stricter rules when it comes to picking up after your furry friends.

Malaga city was one of the first to introduce a dog DNA database to catch those who leave their dog’s mess on the ground.

Launched in May 2017, owners were forced to pay €35 for a genetic analysis of their pooch before being fitted with a small tag on their collars which include their name and an identification number.

Any mess left on the ground is collected and analysed, with the responsible owner facing a fine.