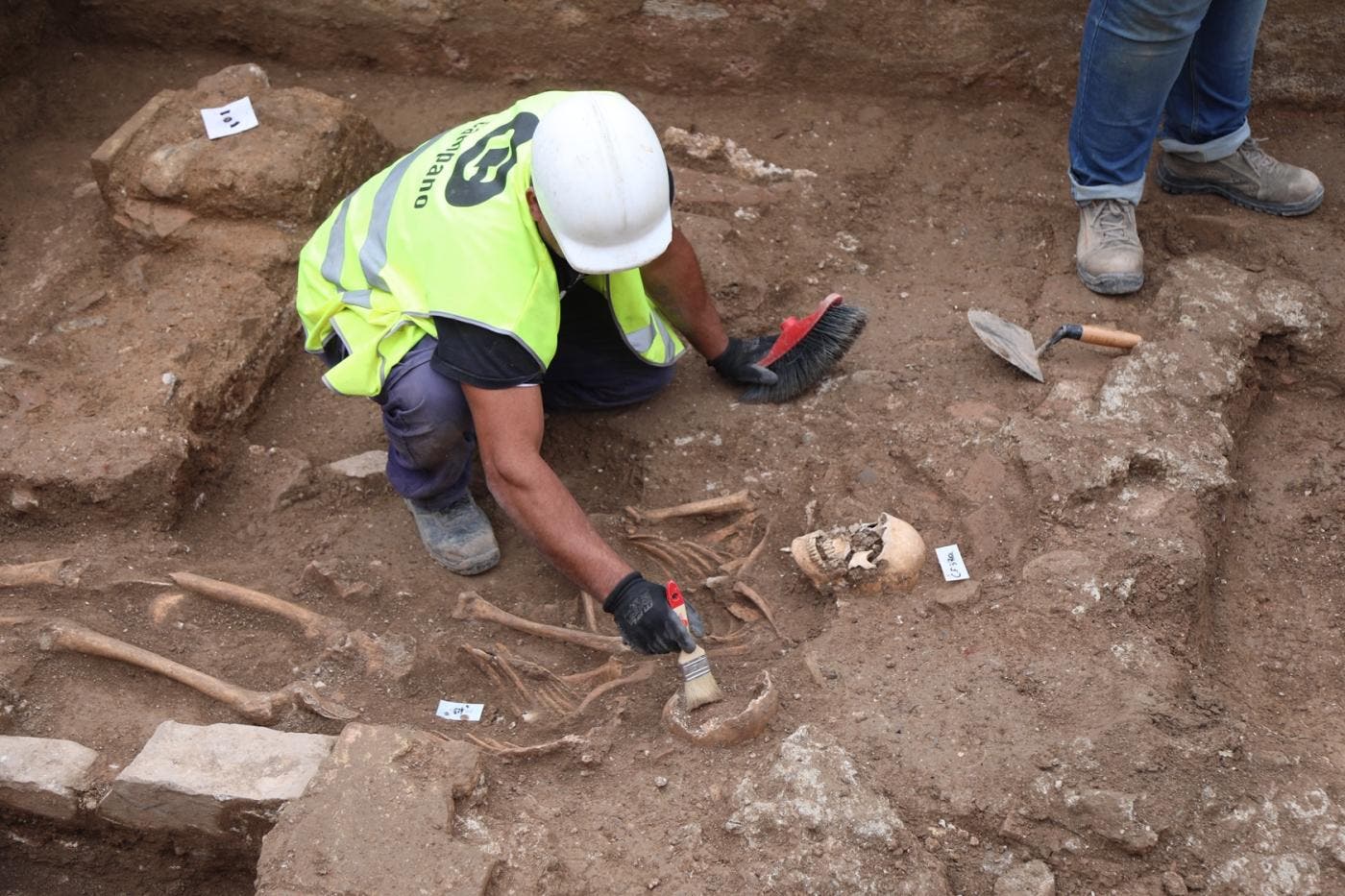 BETWEEN 80 and 90 bodies have been discovered in the ongoing excavation next to the Malaga metro.

The remains are believed to be from Spain’s Christian era and could be of Conquistadors, who fought to take much of the country back from the Moors.

Experts said the level in which they were found suggests they were buried immediately after the end of Moorish rule in the 15th century.

However some questions remain given that some of the bodies are facing mecca, in line with Muslim burials, while others were facing up with their arms crossed, in line with Christian practice.

Anthropological experts will carry out an assessment on the remains.

The dig, which began in November last year, is being carried out by hand due to the fragile nature of the land.