Vivian and John Shipley arrived here from Newcastle in 2003 after selling the bungalow they’d worked hard to buy. Spain promised work and a new life in the sun and they spent 17 happy years here before it all came crashing down.

A new chapter in another home was the catalyst to a chain of misfortunes that left the pair homeless in September last year.

First, they were turned away from their new rental property. “The stuck-up landlady saw John and said ‘I don’t like the look of him so you can’t have the house’,” recalls 64-year-old Vivian.

What the landlady did not know was that decorator John, 60 had lost four stone in weight due to a virus, wrongly diagnosed after a cancer scare, and due to his illness had been unable to work.

They tried Fuengirola, Mijas and Alhaurin for a place to stay but it was Feria week and there was no room at the inn. Ultimately they were forced to take shelter in a public toilets in Coin which became their home for the next five weeks.

While bases at this insalubrious address Vivian was beaten up and the pair had all of their belongings stolen. This unforeseen situation coincided with a banking error which left Vivian without her weekly income so they didn’t even have the price of the cheapest hostel.

It didn’t help that they had their four-legged family in tow. Angel their cat stayed with them throughout the whole ordeal but the dogs were put into care until Vivian could house them, clocking up more bills they were unable to pay.

However, there are Good Samartians in the world. While living on the streets Vivian met Oscar Emilio Califano who has helped the pair immensely. Now, between them, they are petitioning for a municipal homeless shelter where those who have fallen on hard times can help each other get back on their feet.

Oscar, a 54-year-old personal trainer from Argentina, ended up on the streets himself last autumn due to ‘short temporary working contracts and long hours’, he says.

“When the contract ends it takes time to find another job and until then I can’t afford rent.”

“Cruz Roja and other charities can’t really help,” adds Oscar who is not registered on the Padron so has been unable to get official help while living on the streets.

“Nobody makes sure we have a place to stay, shower, put on clean clothes and have something to eat,” says Oscar whose petition is calling for a universal payment to help others temporarily in dire straits to live with a little more dignity.

Vivian and John no longer sleep rough. The delayed money finally arrived and they were able to rent a roof over their heads. They try to look on the positive side: “Life goes on,” says Vivian with a wry smile. “I will always help the homeless, you don’t know what’s around the corner, nobody does”.

Interestingly, during her time on the streets she observed a marked difference in attitudes towards her. As she told the Olive Press: “The Spanish have been brilliant, but the English … they give you nothing but disapproving looks.”

Anybody wanting to support the cause and sign the petition can email their interest to califanooscar@yahoo.com 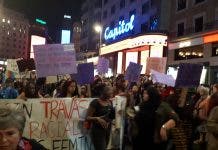 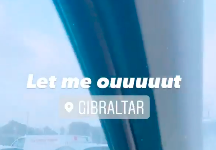