This special programme is open to the public, on the day that Andalucia celebrates its inception as an autonomous community.

The workshop, as explained by the director of the Alhambra and Generalife Board, Rocio Diaz, aims to ‘promote’ the artisan heritage that gives identity to the Alhambra as well as elaborate on the decorative techniques used in Al-Andalus.

The Nasrid dynasty was the last Moorish Muslim dynasty in the Iberian Peninsula, ruling the Emirate of Granada from 1230 until 1492.

The sultans of this dynasty took Andalucian art to new levels of unprecedented refinement. Today, the most visible evidence of the Nasrid dynasty is part of the Alhambra palace complex built under their rule.

This week, the Alhambra offers the possibility to find more about this unique craftsmanship.

Starting on Thursday, February 27, a tile workshop has been organized, from 5pm to 6.45pm.

The public are given the chance to trace the design of a geometric figure of the Alhambra on a stuccoed piece.

This workshop will cover the reproduction of handcrafted objects followed by another workshop covering Nasrid plasterwork, from 12:15pm to 2:00pm.

The workshops are free and will be held in the educational area of the Casas de la Mimbre. However it is necessary to register beforehand on the the Board of Trustees website.

This unique programme, to commemorate the Dia de Andalucia is completed with guided tours from February 27 to March 1.

No prior reservation is needed for access to the exhibition ‘La Piel de la Alhambra’ (The Skin of the Alhambra).

Located in the exhibition hall of the Casas de la Mimbre, this is an educational and accessible exhibition that reproduces the areas of work of the Nasrid craftsmen and includes replicas of pieces made with various craft techniques and in different media, which demonstrate the preservation of these traditions. 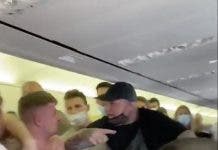