EUROPEAN policing organisation Europol has warned people to beware of an explosion of cyber fraud during the coronavirus lockdown.

Criminals are taking advantage of the pandemic to target unsuspecting people during the crisis. They are using the names of unsuspecting businessmen such as billionaire Inditex boss Amancio Ortega to try and lure their victims in.

Through his foundation he has funnelled €63 million into buying medical supplies for the state, but now fraudsters are trying to use his generosity to con people into parting with their hard-earned cash.

A Europol spokesman said: “Criminals have been quick to seize opportunities to exploit the crisis by adapting their modus operandi or engaging in new criminal activities.

“The number of cyberattacks against organisations and individuals is significant and is expected to increase.”

He warned that on the one hand cybercriminals are trying to exploit vulnerabilities in employers’ systems as workers operate from home.

On the other hand there has been a huge increase in fraud, with criminals adapting existing scams to prey on the anxieties and fears of victims throughout the crisis.

The spokesman said: “A large number of new or adapted fraud schemes can be expected to emerge over the coming weeks as fraudsters will attempt to capitalise further on the anxieties of people across Europe.”

One such scheme to have reemerged is one that uses the name of Ortega, Spain’s richest man. Preying on his reputation for philanthropy, the Bitcoin Era scam attempts to con poorer members of society.

It claims that Ortega has invested €100 million in developing an investment algorithm that can beat professional investors and yield returns on investment of 80%.

His motivation? To redistribute the wealth of the world’s top 1% to the people of Spain.

While for many people it would be nice to think that a billionaire – in fact the one-time richest man in the world – would be going all out to redistribute wealth, the truth is that Ortega has no connection with the Bitcoin Era.

It is a scam that has been in operation for some time, but has resurfaced as criminals look to take advantage of people locked up at home with time on their hands, and in many cases seeking a way to make some money as they are unable to work.

Europol’s advice is to be careful and remember the truism – if it sounds too good to be true, it probably is. 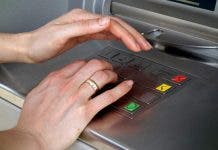 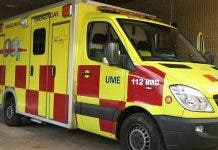 Alex Trelinski - 5 Jun, 2020 @ 19:43
A 58-year-old British woman has been arrested by Guardia Civil in Jacarilla, near Orihuela, for filing a bogus report that money was...