POLICE have busted a huge marijuana plantation hidden in a secret bunker at a property in Palma de Mallorca.

After receiving a tip-off from an informant, a joint operation was launched by the Policia Nacional and Policia Local to bring down the large-scale plantation in the Soledat district.

Covert surveillance revealed that the bunker was used to sell drugs to at least two dozen drug dealers in the capital, giving authorities enough evidence to obtain a search warrant to enter the premises.

Captured on camera, the ensuing raid uncovered some 2,000 cannabis plants in an advanced stage of growth.

Housed in an area of 200 metres squared, the underground greenhouse was safeguarded with armoured doors and reinforced walls.

It was equipped with the technology designed to speed up the growing process.

A 40-year-old man found inside the property was swiftly arrested for drug trafficking and electricity fraud.

The investigation remains open and police have not ruled out if further arrests will be made. 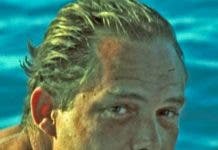 Laurence Dollimore (Digital Editor) - 26 Nov, 2020 @ 15:36
MARBELLA has begun work on extending the coastal pathway from its urban area to the Las Chapas district.