DUMBO has been voted as the most popular Disney movie in Spain.

Online marketplace OnBuy.com utilised analytics tool Ahrefs to discover which classic animated Disney movie was most popular in each European country and in the continent as a whole.

Dumbo, a film about a baby elephant with massive ears, came out in 1941 and topped the list in Spain and just one other country, Luxembourg.

The film that was ranked first in most cases was Aladdin, the story of a poor boy who finds a magic lamp housing a genie that grants him three wishes.

The cartoon originally came out in 1992 and won two Oscars, including Best Score.

The film, set in the fictional city of Agrabah, topped the list in 14 European states, including France, Germany and Italy.

In second place throughout the continent was the Lion King.

The story of a young lion who runs away once his father dies and his uncle usurped the throne was released in 1994 and topped the list in the UK, along with nine other countries.

Cas Paton, Managing Director of OnBuy.com said: “Much of Disney’s success and acclaim has come from the animated movies they started making back in the late 1930s, creating an endless number of classics which were captivating and visually ahead of their time.

“To their credit, these movies continue to resonate with audiences from different generations and this research certainly shows which classic animated Disney titles are the most popular in different parts of Europe.” 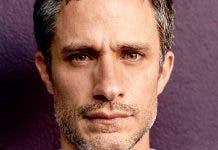