A PLEA by a group of expats for the Government of the Balearic Islands to allow them to return to Mallorca has generated fierce backlash online.

Hundreds of expats with second homes and businesses on the island have called on President Francina Armengol to allow their re-entry into Mallorca.

In an open letter, the group were harshly critical of the current lockdown measures enforced by the central government which they consider to be a ‘violation of property law.’

They claim that the restrictions breach the freedom of expats who are not tourists, but taxpayers who pay municipal taxes on their properties and who contribute significantly to the economy.

This they claim has caused ‘irreparable damage’ and generated ‘insecurity for potential investors’ interested in purchasing a home on the island.

Initiated by a German businessman, the appeal has obtained support from Britons back in the UK.

However, the demands have received heavy backlash on social media, with countless people asking the group to respect the state of alarm decree and to ‘stay at home.’

Some voiced that the restrictions were not aimed at foreigners, because thousands of Spaniards as well as Mallorcans have also not been allowed to return to their second homes.

Others responded with less understanding, calling the demands a ‘show of superiority’ and an ‘utter disrespect to the Spanish government.’

In response to the plea, Armengol explained that the measures adopted to halt the spread of coronavirus were enforced by the state and do not discriminate by nationality.

Although Son Joan Airport is open, it is currently running a ghost schedule to repatriate residents of the Balearic Islands.

Homeowners who live abroad are strictly prohibited from returning to the island with police given orders to fine anyone travelling to their second homes. 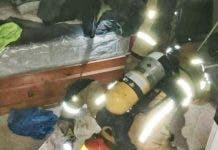 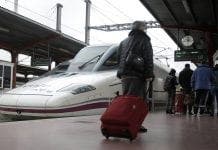