A MAN has been left in ‘critical condition’ after he was gunned down by a teenager in Andalucia.

The 28-year-old remains in the ICU at the Hospital of Jaen, where he was helicoptered yesterday.

At around 6:37am his assailant, 19, shot him ‘three times’ at ‘close range’, reported local paper Diario Jaen.

The gunmen then turned himself in to the local Guardia Civil at 5:20pm and was arrested for attempted murder.

The shooting took place in the small town of Siles, near the border of Castilia-La Mancha.

The victim had originally been rushed to the hospital in Sierra de Segura, but it was decided his injuries were ‘too severe’, so he was airlifted to Jaen.

Neighbours in Siles told Guardia Civil agents that there had been a fight between the two men, although a motive has not been reported.

A Guardia Civil spokesperson said they are ‘still investigating’.

The details of the man’s condition and the location of his wounds are unknown, but his prognosis is ‘serious’. 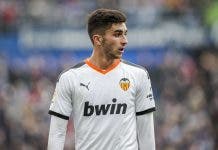