A PAIR of female expats have appealed to their town halls over intimidation and overreaction by their local police forces during the COVID-19 lockdown.

The British duo are demanding action over extortionate fines, as well as ‘rough treatment’, they received for breaking the coronavirus lockdown.

Natalie Rose Kern, 37, from London, was fined €1,000 for ‘walking too slowly’ back from her local bank in Estepona.

The mother-of-one told the Olive Press she had also been shouted at and questioned why she did not have a car.

“They said they were fining me €1,000 – despite having a bank receipt to show them,” she insisted.

“But the fine was nothing compared to the intimidation. They took my handbag and went through it, questioning me about its contents.

“They were really shouting at me and frightened and humiliated me.”

In particular, the officers wanted to know why the freelance writer had not driven to the bank, failing to believe that she did not drive.

“They told me that I was paseando – walking too slowly. ‘This is NOT how you walk to the bank,’ they told me, ‘You are showing no urgency’.”

In another alarming incident, an Olive Press reader was stopped after chatting to a friend, while walking her dog, in the countryside near her home.

Istan resident Corran Fraser, 36, was then marched back to her apartment and given a €600 fine by officers not wearing masks.

“I was walking my dog and chatting to a woman that I had bumped into. I live alone and if I see someone it’s nice to interact,” she explained.

“I think there was a five-metre gap between us, but the police said that I was walking with someone and denounced me. It was completely untrue and unfair.”

To make matters worse, the officers then followed the shaken expat to her house where they took her details and issued the fine.

At no time, she says, were the police wearing masks or gloves.

Another expat, who preferred to remain anonymous, also had an encounter with the same Istan force when he borrowed a friend’s car.

He said: “I had just got home when a patrol car roared around the corner. They hadn’t recognised the car that I was driving and thought that it was someone breaking the restrictions.

“Even though I know the officers they informed me that I ‘wasn’t allowed to drive a car that wasn’t mine’ and that I wouldn’t be allowed to leave my house in it.

“They also wanted to know exactly how I had picked up the car, checking if I had broken any social distancing rules.”

Natalie and Corran have since received replies from their local mayors respectively telling both women to appeal the fines.

Istan mayor, Diego Marin Ayllon, sympathised with Corran, and while explaining that he had no influence in the case he admitted: “The powers given to the police are affecting each person differently.”

A Facebook group, ‘Covid 19 Injustice Costa del Sol’, has since been set up, with many women sharing similar stories.

Spanish police have issued a staggering ONE million plus fines during the lockdown, over 100 times the UK and three times almost every other European country. 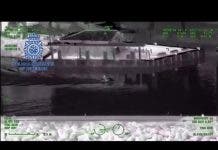