AN Olive Press reporter has been refused boarding on a flight from London Heathrow to Gibraltar.

Dimitris Kouimtsidis, 23, from London, was told by airline staff that he ‘would not be able to fly’.

This despite the reporter having a full work contract and renting a flat in Estepona.

British Airways however insisted he was not allowed to use its regular service from London Heathrow to Gibraltar.

The airline insisted that only someone with a Spanish or Gibraltarian resident card could fly in.

News reporter Dimitris got stuck in London at the beginning of lockdown when he was on a weekend away visiting family.

Despite weeks of attempting to get official clearance to come back to Spain where he has a rental contract and a job, he has had to stay in the UK.

“I’ve got all my stuff in Spain and just want to get on with my job,” he said this week.

“I only moved to Spain in January, so didn’t have enough time to get my residencia sorted before the pandemic started.

“Then typically my original flight back on March 16 got cancelled and I’ve been stuck ever since.”

The reporter who has at least been able to file copy from the UK, still hopes to get a flight back shortly.

British Airways refused to refund the €237 cost of the ticket and has instead offered a voucher for future travel. 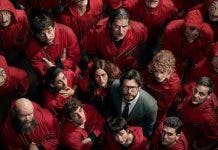