SPANISH police have arrested 28 people who were part of a ring that smuggled migrants to the Canary Islands in rubber boats.

Investigators believe that the gang had already ferried 20 boatloads of migrants from Morocco to the Spanish islands at a profit of around €350,000.

Police say the migrants were lucky to survive the perilous crossing as the boats were flimsy, underpowered, frequently overloaded and had no safety measures.

Once landed on Spanish soil, the hundreds of migrants involved were put in temporary accommodation before being routed towards their final destinations.

The operation prevented the departure of eight boats which would have carried a total of around 200 migrants, each paying up to €2,000.

The Olive Press has previously reported that the number of migrants arriving to the Canary Islands in the first half of this year has increased six-fold compared to the same period in 2019. 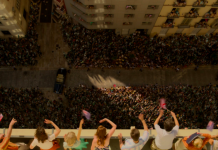 Fraudster tries to flog multimillion Spanish palace he doesn’t own for €900,000