I HAVE supported the British community in Spain in a number of articles over the years. During the COVID-19 crisis, I have seen many fine examples of how the International Community has rallied round in practical support, and I commend it highly.

However, something keeps happening that is now getting on my nerves.

I have heard it on occasions from German friends, but I hear it more routinely from Brits. ‘Typical Spanish!’ or ‘What do you expect from the Spanish?’ I will hasten to add that these types of comments never precede or follow positive or complimentary remarks.

What exactly is “typical Spanish”? Paella? Jamón Serrano? My wife is Spanish, and there is certainly nothing “typical” about her. How would we feel about being referred to as “typical Brit”? Doesn’t sound too good, does it?

And what does it actually mean? The stereotypical characteristics which we associate with a nation are, in truth, nothing more than caricatures. How many people really fit this profile is highly questionable.  I’ve lived almost 20 years here and would find it difficult, if not impossible, to find one adjective which could be applied across the board to every Spanish person I know.

Some Spaniards love bullfighting, some hate it. Some Spaniards enjoy hunting, others are totally against it. Some love paella, others get nausea just thinking about it. Some are very noisy, others (like my father in law) are allergic to shouting. Flamenco music sets some Spanish toes tapping while others reach for the ear plugs.

The Mijas Donkeys often provoke the outcry of ‘typical Spanish’ because we, as Brits, KNOW how things should be done, unlike ‘the Spanish’. What level of arrogance must we have to make statements like this? I have a Spanish friend who is currently in the process of setting up a donkey sanctuary at her own cost. She has her first three donkeys homed there. Typical Spanish!

The attitude I want to challenge here is that we Brits know best about everything, and everything that is bad in Spain would be improved if they just did it our way. As if Britain is in a better state than Spain, which is full of Brits anyway.

Don’t get me wrong here. This article is not aimed at every Brit living on the Costa del Sol. But it is unashamedly aimed at those who think they are better than the people whose homeland we have invaded; parts of which we have tried to turn into ‘Little England’.

No two Spaniards are the same, and we do them a great disservice when we refer to them in this derogatory manner. If we stopped making everything an ‘us and them’ issue, we might even find that there are many Spaniards who agree with us but are often as powerless to change certain things as we are.

A challenge: Give me ONE word that describes EVERY Brit. Can’t find one? Well don’t do it to the Spanish! 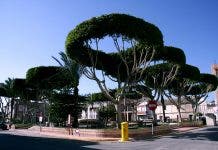 Simon Wade - 24 Oct, 2020 @ 11:15
CIUDAD QUESADA and Rojales have announced two weekends of gastro delight in November, marking a return of such events after nearly eight...