I WAS surprised to read in an Spanish newspaper last week that Brits in Spain support the measures taken by President Sanchez regarding the  COVID-19  crisis. Do they? Don’t believe that anyone actually asked me.

This comes along with comments that we ‘guests’ in Spain shouldn’t criticise Spain or the Spanish government.  Firstly, I am not a guest in Spain. I am a fully paid up, legal immigrant who makes a net financial contribution to the country and while my taxes continue to contribute to financing the government in Madrid I defend my right to an opinion.

I am fed up with clichéd, brainless comments like ‘If you’re not happy, go back home’. I love Spain. My wife is Spanish and I have a lovely Spanish family. Spaniards also love their country but, Dios mio, do they complain about it!

Like other immigrants, I cannot choose the government I want for the country. OK. Spain does not offer me dual nationality, as is available to Spaniards in the UK; I accept it. The bureaucracy can wear us down; I accept it. Queues at the supermarket while the customer in front of you regales the assistant with the latest family news; I can live with it. But when the President allows a mass gathering to go ahead – the 8th March march in Madrid for International Women’s Day – only SIX DAYS before announcing a total shutdown of the country – this I will criticise. And when his Communist partners in government tell me they want to take all my savings and not allow me access to it, I will not keep silent.

In my opinion, the ‘one size fits all’ approach taken in response to COVID-19 has been a disaster for Spain and the Spanish economy and does not acknowledge the diversity of municipalities in Spain. They are now talking about an asymmetric approach, allowing regions, provinces or even municipalities to have varying conditions, according to their circumstances. But if this could have been done from the beginning, maybe the catastrophic financial consequences for many small businesses could have been mitigated.

Don’t get me started on the four-phased proposal for the New Normal. How are F&B businesses even going to meet running costs with takeaway only, followed by reduced capacity on terraces (and later, indoors) and no tourists.  Not to mention the complete economic mess of the ERTEs (temporary suspension of contracts) which oblige businesses to bring back all their staff even when, due to travel restrictions, there will be a paucity of vital tourist trade.

I have spoken to many small business owners who say this is completely unworkable and has not been thought through. It looks like an exercise done on paper by people who have never run a business, with no understanding of implementation and implications.

I just hope it is not too late for them to get their act together. 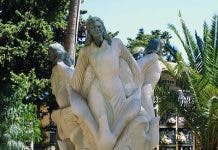 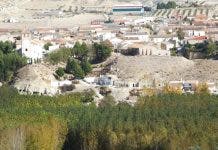