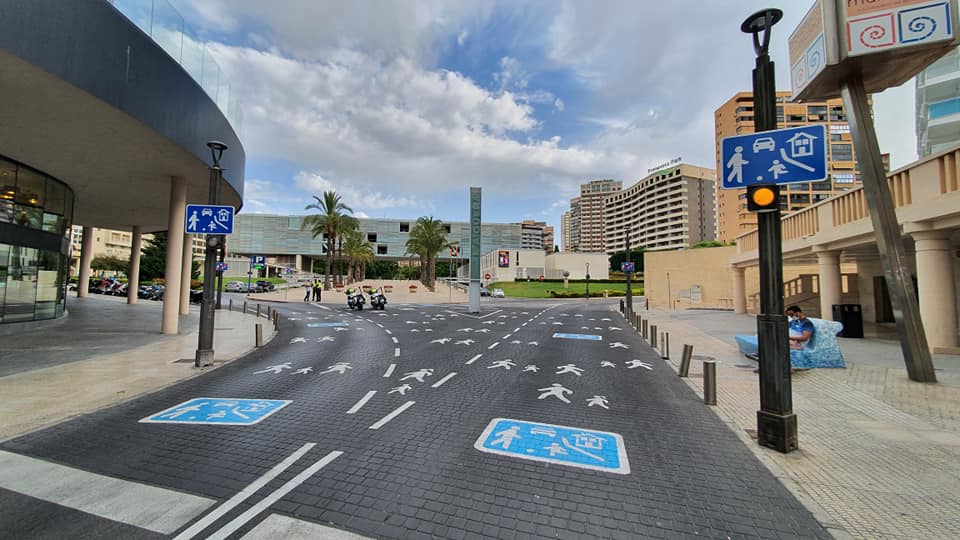 A SERIES of jumbled road markings around Benidorm that are meant to signify areas where pedestrian can cross have become a social media hit.

Benidorm council introduced the markings in the vicinity of the town hall due to complaints from pedestrians over where it is safe to cross.

The problem is that road users have been left scratching their heads because it is not clear what the signs mean.

The sheer number of the “painted people” has also added to the confusion.

Benidorm appears to enjoy making news with painted signs as back in 2016 it produced some in English.

The council put down some “Look Left” warnings on certain pedestrian crossings in parts of the resort dominated by British tourists who might lose concentration because their minds are elsewhere.