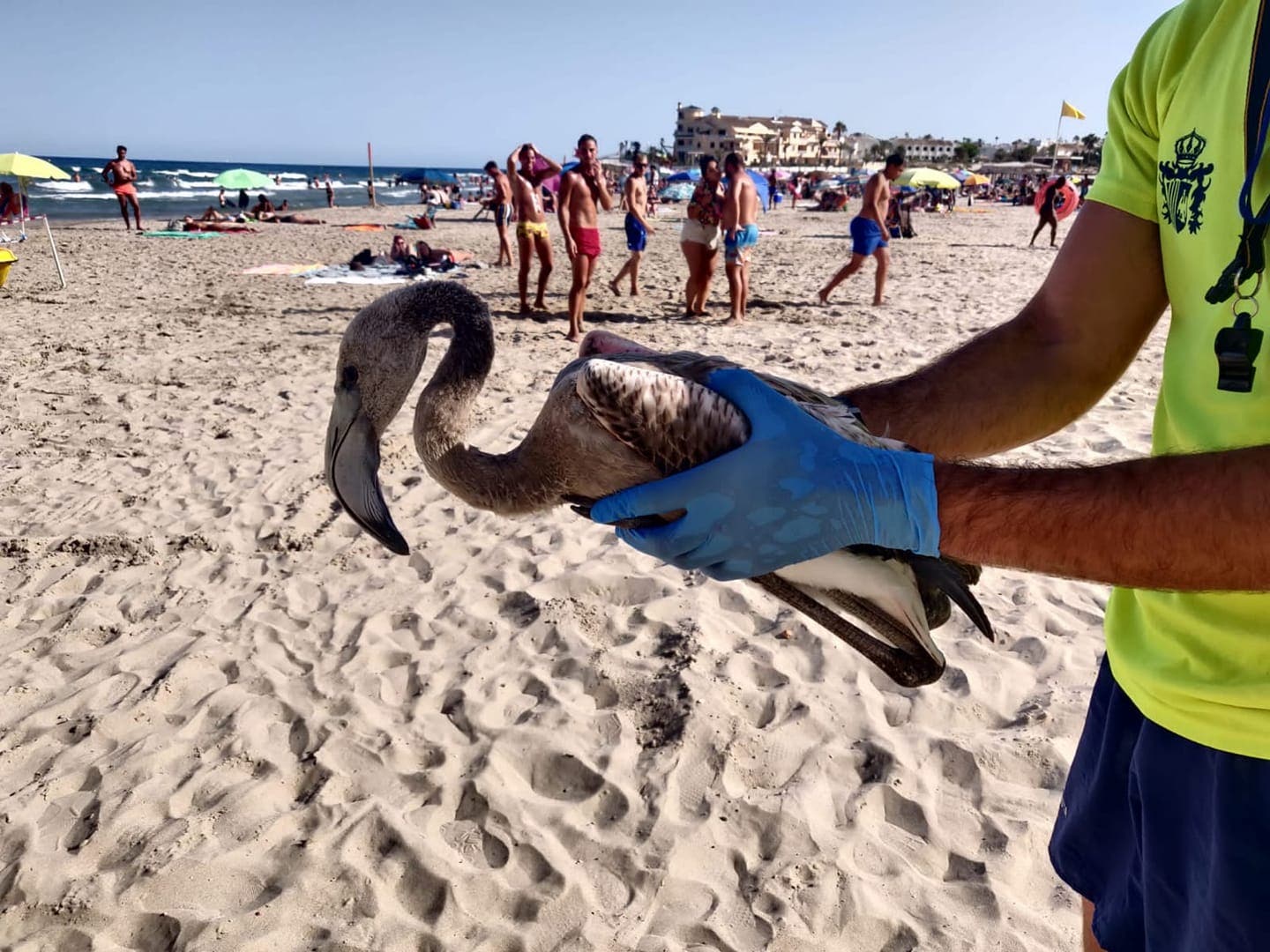 SOME of the 800 flamingos born last spring on Torrevieja’s salt lake have found it tricky to get their sense of direction.

Most have flown off safely to new homes, but one bird caused problems for astonished motorists as it darted between cars on the CV-90 around the Costa Blanca city.

Another ended up on La Zenia beach, some five kilometres from its birthplace.

It spent a day fleeing bathers before it got tired and allowed rescuers to take it to the Santa Faz nature centre in Alicante.

Nearly all of the birds have now left the Costa Blanca’s first detected flamingo breeding area since 2002.

Naturalist, Juan Antonio Pujol, said: “Many of the youngsters go to humid areas like the Hondo de Elche and Santa Pola, as well as closer by to Torrevieja’s La Mata lake.”

“Occasionally some do get lost and that could be dangerous if they fly next to a road.”

The Torrevieja area is unlikely to be used again for breeding as reduced noise from ground and air traffic, due to the State of Alarm, combined with heavy rain made it a perfect spot for the flamingo population to blossom.