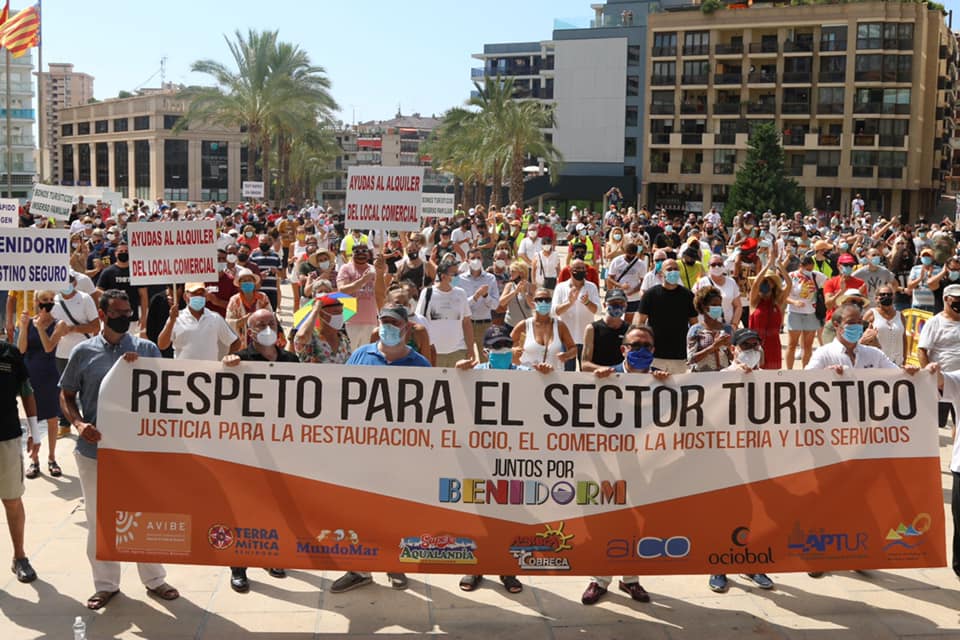 ANGRY bar and club owners took to the streets of Benidorm to protest against new restrictions on bars and nightlife in the Costa Blanca resort.

An estimated 1,000 people took part in the march which finished in a rally outside Benidorm’s Town Hall.

Measures introduced last week forced the shutdown of clubs and evening bars as a way to restrict the spread of the coronavirus, especially amongst younger people.

All restaurants and bars not hit by the mandatory closures have to close each night by 1.00am under the measures which are currently scheduled to end on September 8.

The protesting associations issued a manifesto calling for urgent action to help local businesses and tourism.

They want ERTE furlough measures for staff to be extended until March next year and social security contributions by employers in the tourist sector to be subsidised.

That’s in addition to reducing IVA rates across the hospitality industry and help in subsidising business rentals.

Other proposals include applying selective measures and restrictions to fight COVID-19 for each Spanish region, rather than national rules that penalises businesses in areas where new infection rates are comparatively low.

Local hospitality association leaders also expressed their concern that the new measures will last longer than just 21 days and that no account has been taken of the fact that coronavirus virus case numbers have been low in Benidorm.