Caroline Flack’s bereaved boyfriend Lewis Burton has broken quarantine to fly out to Marbella – just eight days after returning to the UK from a loved-up trip to Ibiza.

The former semi-professional tennis player boldly flaunted that he had breached government rules by his latest sunsoaked trip on social media.

The 28-year-old was meant to quarantine for 14-days after landing in London on August 24 after holidaying on the White Isle with his new girlfriend, Lottie Tomlinson, 21.

But just eight days later, Lewis travelled to celeb favourite Marbella – a move which could see him landed with a £1,000 fine.

Spain was removed from the air bridge list at the end of July, forcing all holidaymakers returning from Spain to the UK to self-isolate for two weeks.

Lewis, who dated Caroline Flack from November until her death earlier this year, has recently moved on to date pop star Louis Tomlinson’s younger sister, Lottie.

The 21-year-old influencer and 28-year-old Lewis were spotted in Ibiza holding hands and kissing.

Lottie is now back in Brighton while Lewis enjoys a lads trip with pal Steven Sulley – the mates have been posting photos from Marbella, including sharing Instagram stories documenting their nights out at restaurant Nobu and hotel Puente Romano. 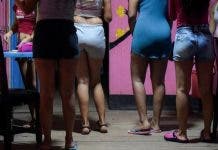