TORREVIEJA council has been banned from testing its 1,100 teachers for COVID-19 ahead of next week’s start of the new school year.

An email was sent to Torrevieja mayor, Eduardo Dolon, shortly before 8.00am today(September 2), seven hours before testing was due to start at the city’s municipal leisure centre. 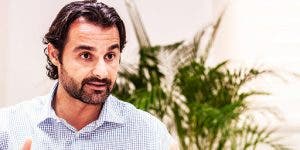 The terse note from Valencia’s Health and Research Inspectorate disavowed the tests that would have been carried out by Ribera Salud, who currently run the Torrevieja Health Department.

The order meant that Torrevieja council would have faced the possibility of being prosecuted for the crime of disobedience, as the testing did not come under the umbrella of official guidelines for COVID-19 tests.

Mayor Eduardo Dolon said that the decision was ‘political’ and was all about private contractor Ribera Salud, who will end running health services in Torrevieja in October 2021.

That’s when management returns to public control under the auspicies of the Valencian Government.

“This decision proves that ideology of president Ximo Puig and his government is more important than the health of children, families and teachers in Torrevieja,” Dolon fumed.

The mayor has written to regional health minister, Ana Barceló, to express his anger about the late cancellation and the treatment being handed out to the fifth largest city in the Valencian Community.

John Culatto - 3 Feb, 2023 @ 17:57
GIBTALKS, Gibraltar’s version of the globally popular TED talks will be held over this weekend coming weekend at John Mackintosh Hall with 17 local...