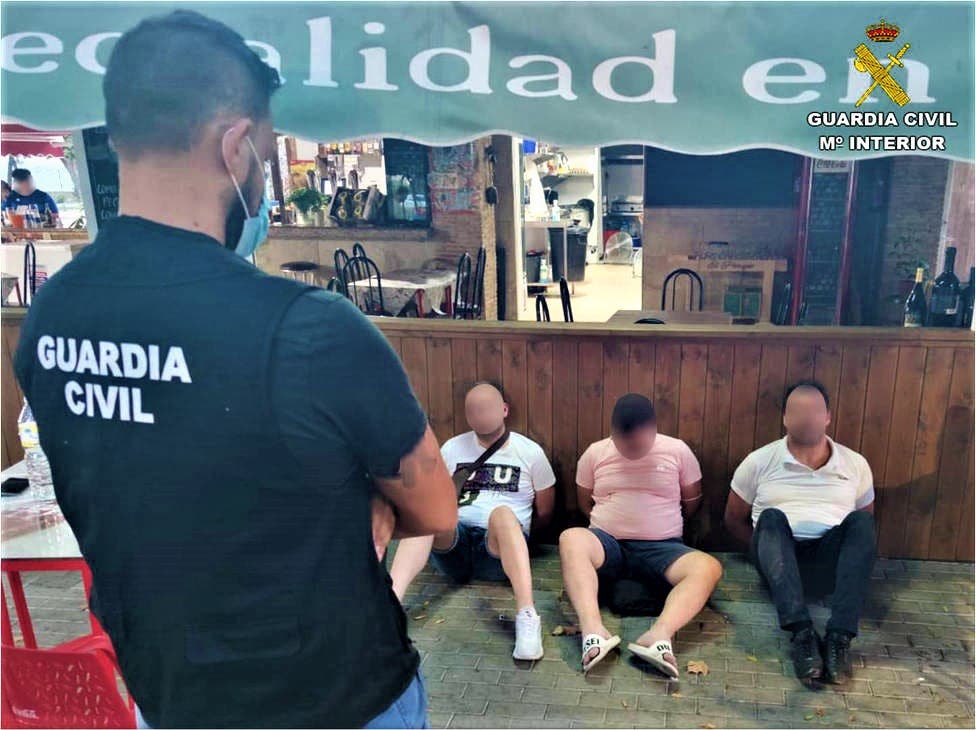 TWO BRITISH men were among a 18-strong drug trafficking and kidnapping gang arrested by the Guardia Civil on the southern Costa Blanca.

One of the group’s suppliers was tortured at a Catral farm, after he palmed them off with 90 kilos of soil that he said was hasish.

The consignment was worth €240,000 and the gang said he would only be freed if his colleague came up with the money.

The supplier was treated in hospital for several days after he managed to escape.

Eight house searches in Almoradi and Catral took place during the five-month probe, with the first arrests made in late July.

Ten of the Spanish-dominated gang were denied bail by an Orihuela court.

No further details about the British duo were disclosed except that they are aged 41 and 44.