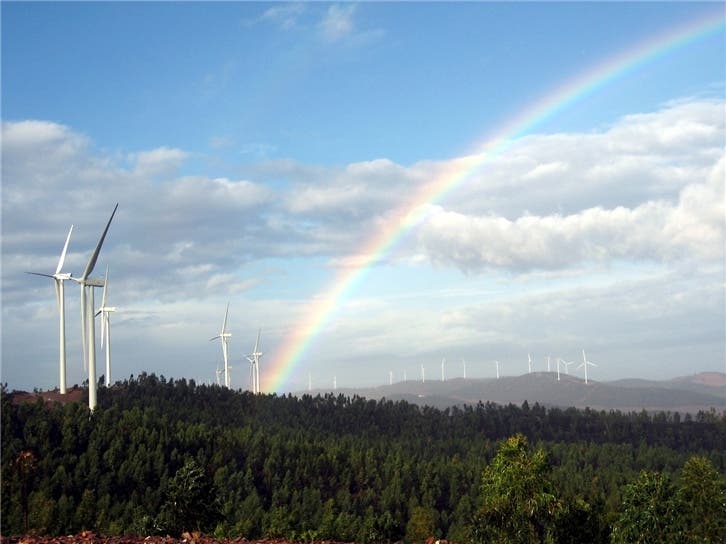 IBERDROLA´S chairman, Ignacio Sanchez Galan, has announced that the energy company will increase its renewable facilities in Andalucia to 3,000 megawatts over the next five years.

The plan will create 5,500 new jobs through the construction and assembly works alone and transform the region into one of the largest growth areas for Iberdrola in Spain.

“This is Iberdrola’s commitment: to drive a clean, safe and efficient energy transition and unite forces to accelerate a green recovery that leaves no-one behind,” Galan told the Andalucian government yesterday.

He made his pledge at the inauguration of the Andevola photovoltaic plant, which is located in the municipality of Puebla de Guzman, Huelva. The plant consists of 150,000 voltaic panels and will avoid the emission of 100,000 tonnes of CO2 each year.

Galan described the new initiative as “a unique opportunity to drive growth and well-being in Andalucia and also in Spain as a whole” and thanked the Andalusian parliament for their collaboration, which made it possible to finalise the construction of the plan in a mere eight months, despite the pandemic.

“It is up to us to be able to face the challenge of a quick and inclusive green recovery”, he said. “Now, more than ever, we must accept the fact that building a better future for all is everyone’s responsibility. We are going to leave an unprecedented public debt for future generations and we have the moral obligation to also leave them a better Spain.”

Galan also took the opportunity of the inauguration to reiterate Iberdola’s ties with Heineken, which has pledged to source 70% of its electricity from renewable sources by 2030.

“We share with Heineken not only the colour green, but also the environmental commitment that it shows as leader in the brewing sector,” said Galan.

Powered by Andevola, Heineken Spain is set to become the first Spanish brewery to produce all its beers and ciders from 100% renewable energy.

“The sun is the new secret ingredient for the beers in the Heineken family,” said Guillaume Duverdier, Chairman of Heineken Spain. “Our beers produced with the power of the sun contribute to regenerating the environment, using a source of richness that promises us millions of years free from emissions.”